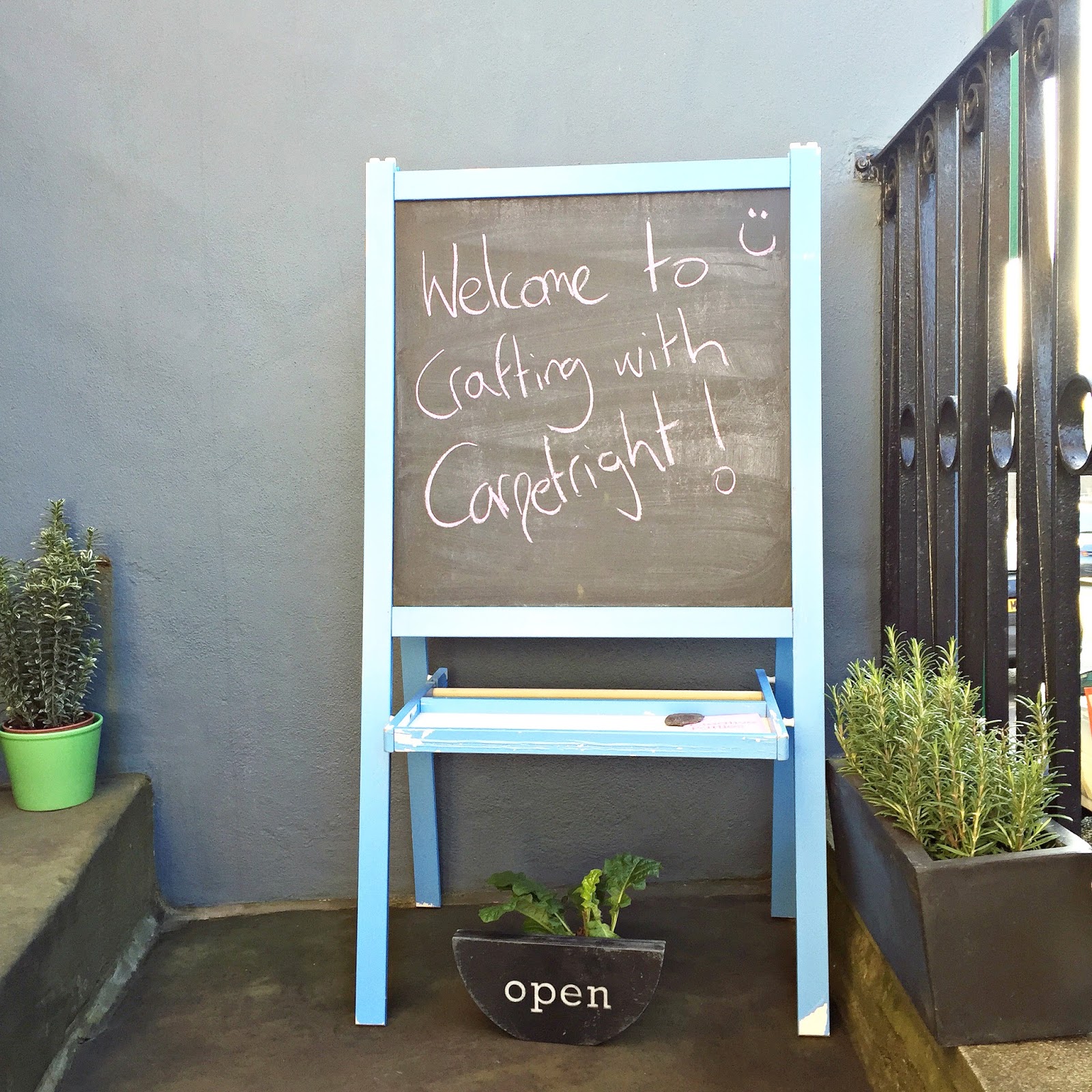 A week ago today, I tootled off into the (rare) glorious sunshine in Chapel Allerton (which in my eyes is certainly one of the best parts of Leeds with how much character shines through in the buildings) to attend an exclusive bloggers event with Carpetright at the independent, super quirky Chirpy store. The workshop was lead by Miriam Laville, a visual artist, and organised by the lovely Melissa. The aim of the game was to focus on carpet cuts which are often thrown away without second thought and to learn about the different ways you can up cycle and make the most out of loose scraps, stretching your imagination as your mind goes into overdrive. When I first received the invite, my initial thoughts were “ooh how fun” but a small apprehensive part of me was questioning whether or not I’d be any good at this. This was my first crafts event, I’m not particularly a skillful individual and I’ve never really practiced, nor being knowledgeable about any crafty bits and bobs. However, my doubts were soon vanished as I realised you didn’t have to be an expert to take part, you just had to deliver an approach which highlights and influences the fact material doesn’t have to be wasted and can be soon repurposed for your very own DIY project in just a couple of hours. 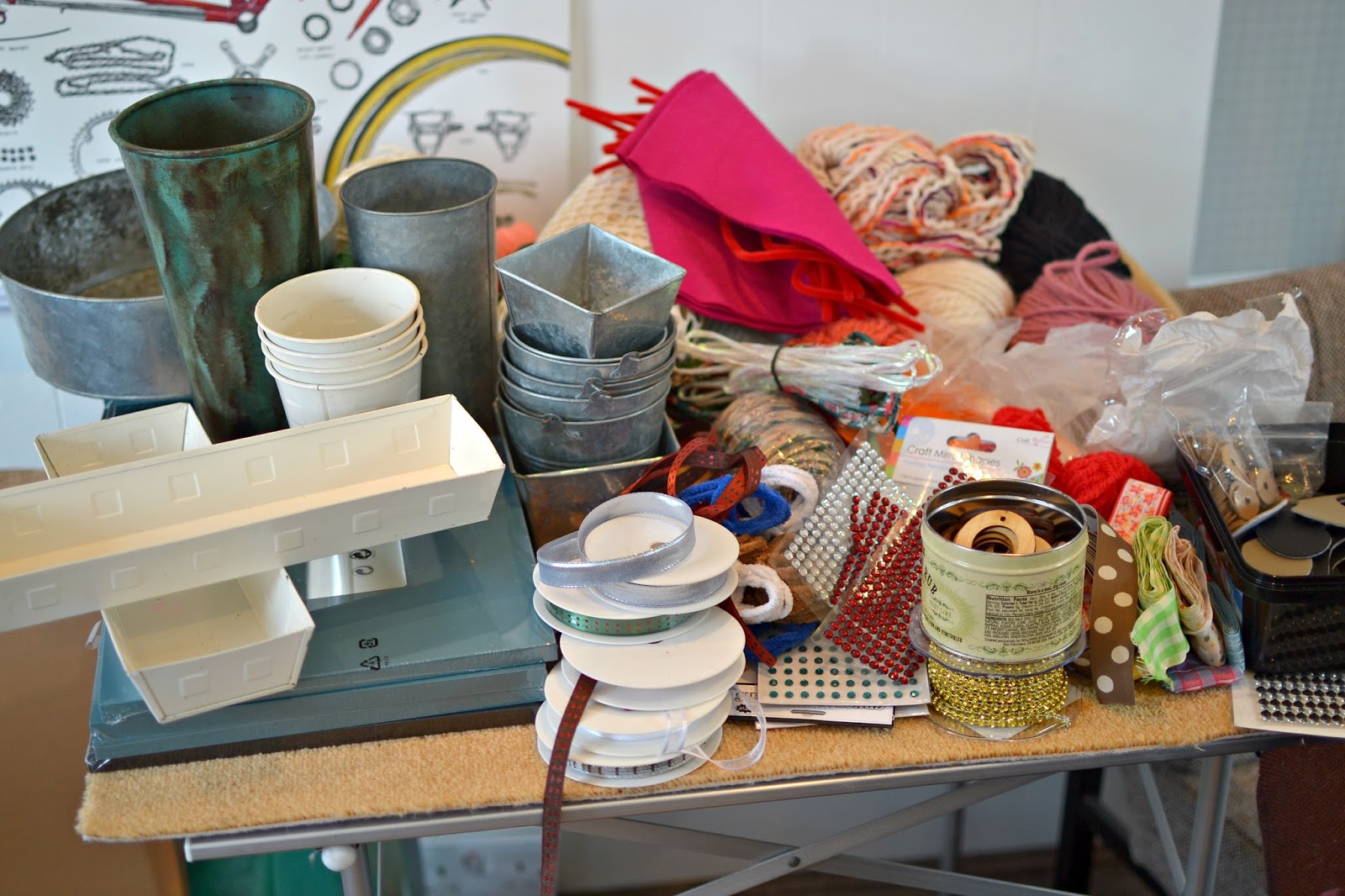 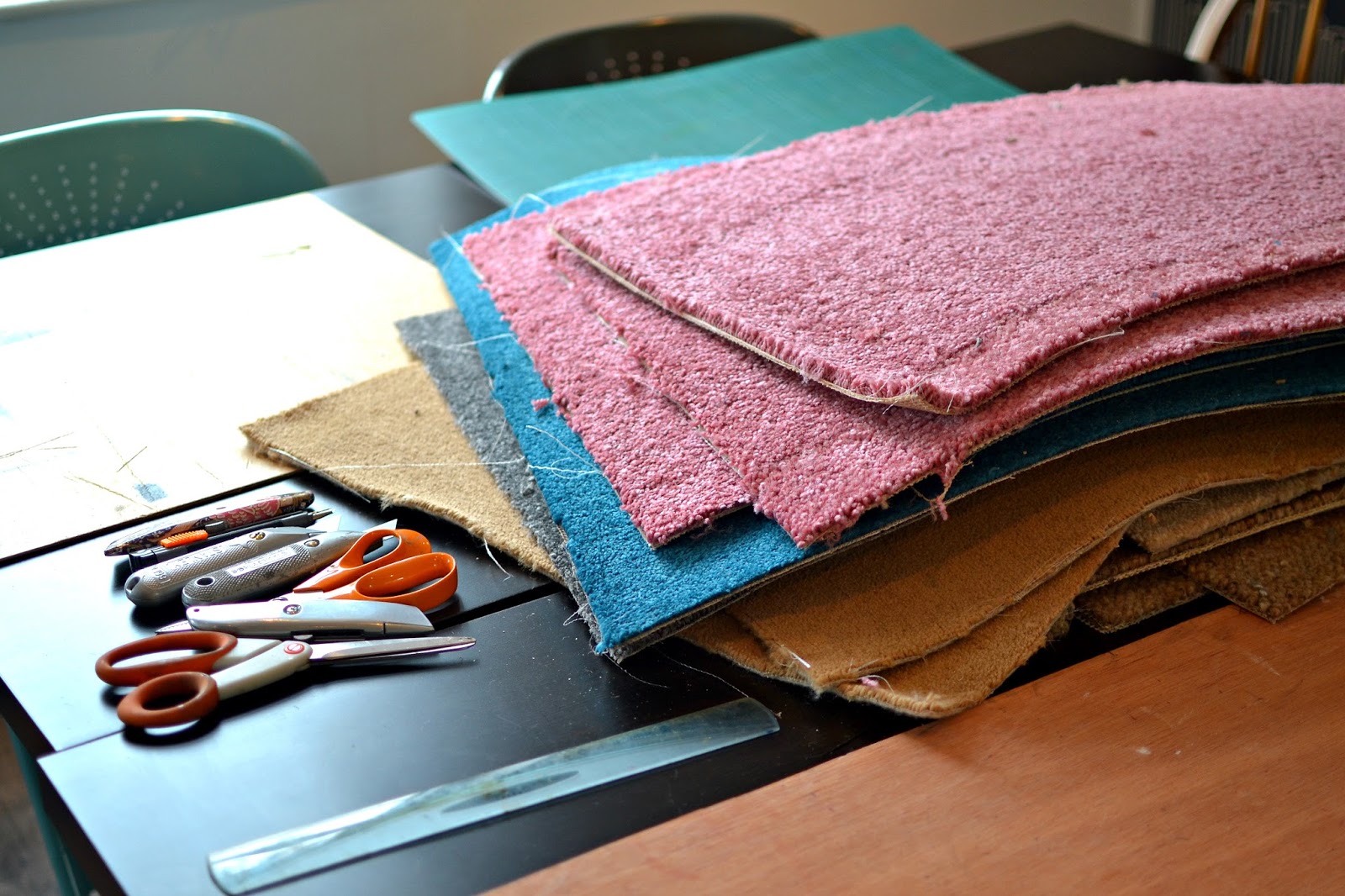 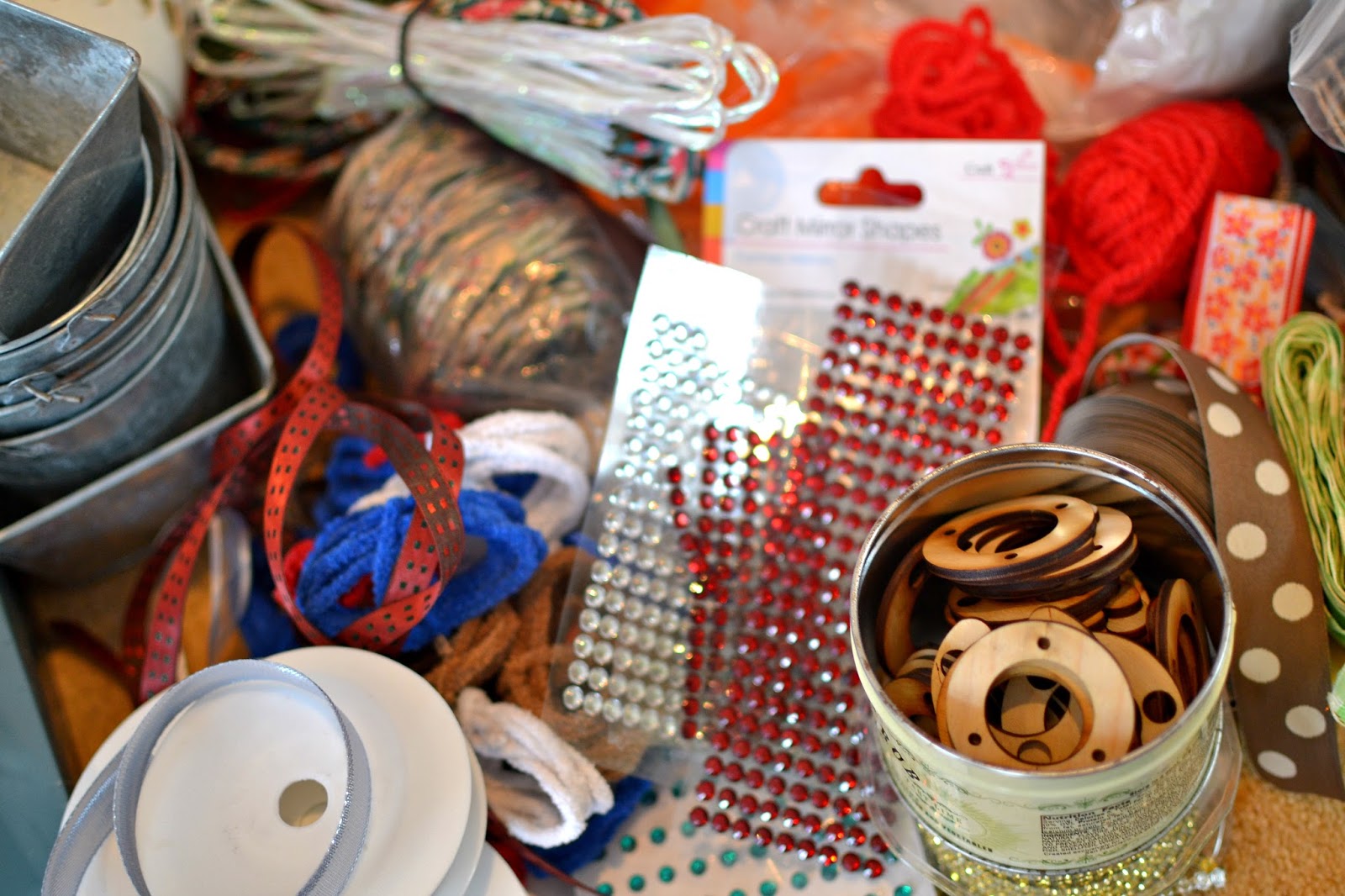 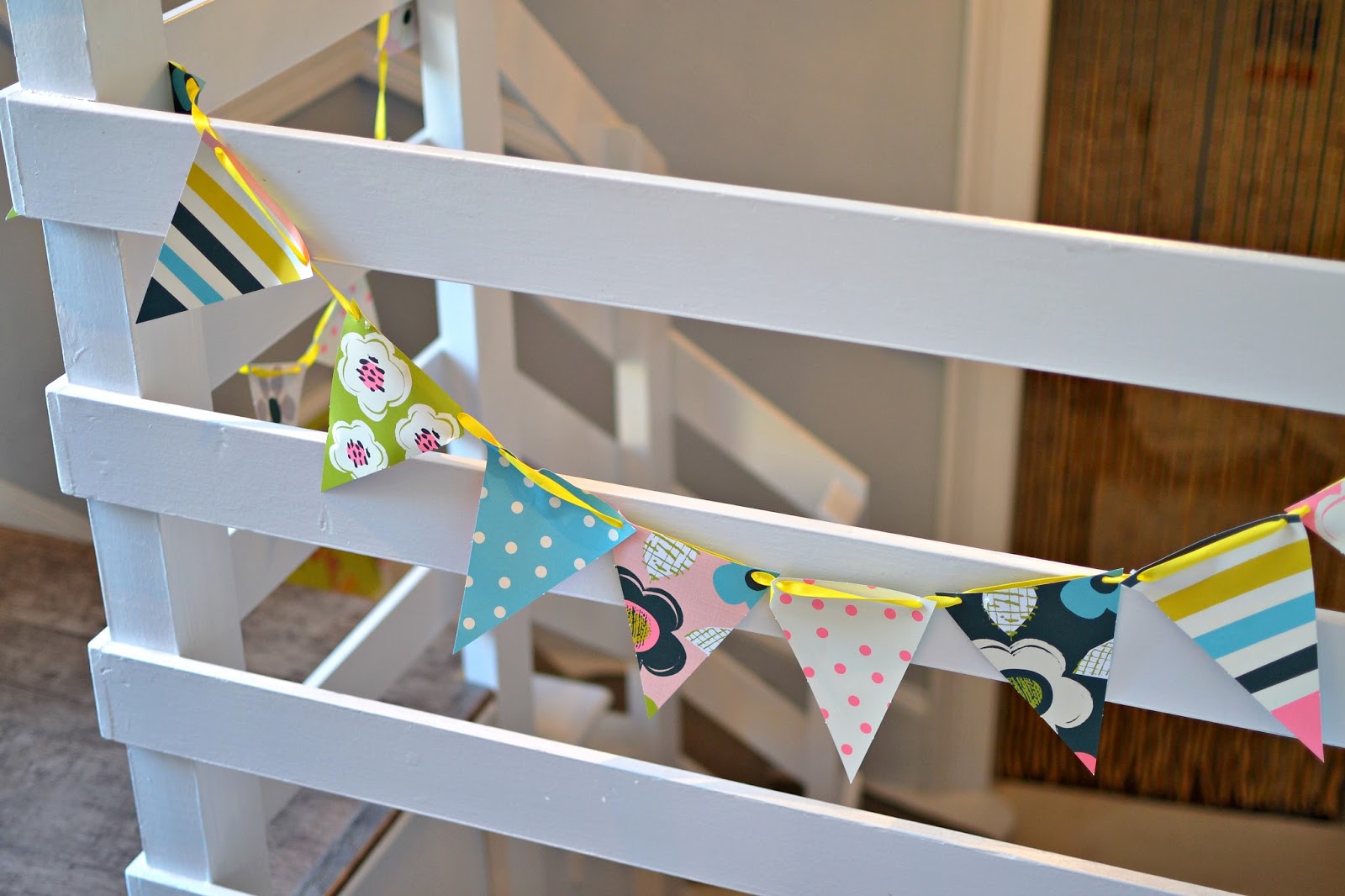 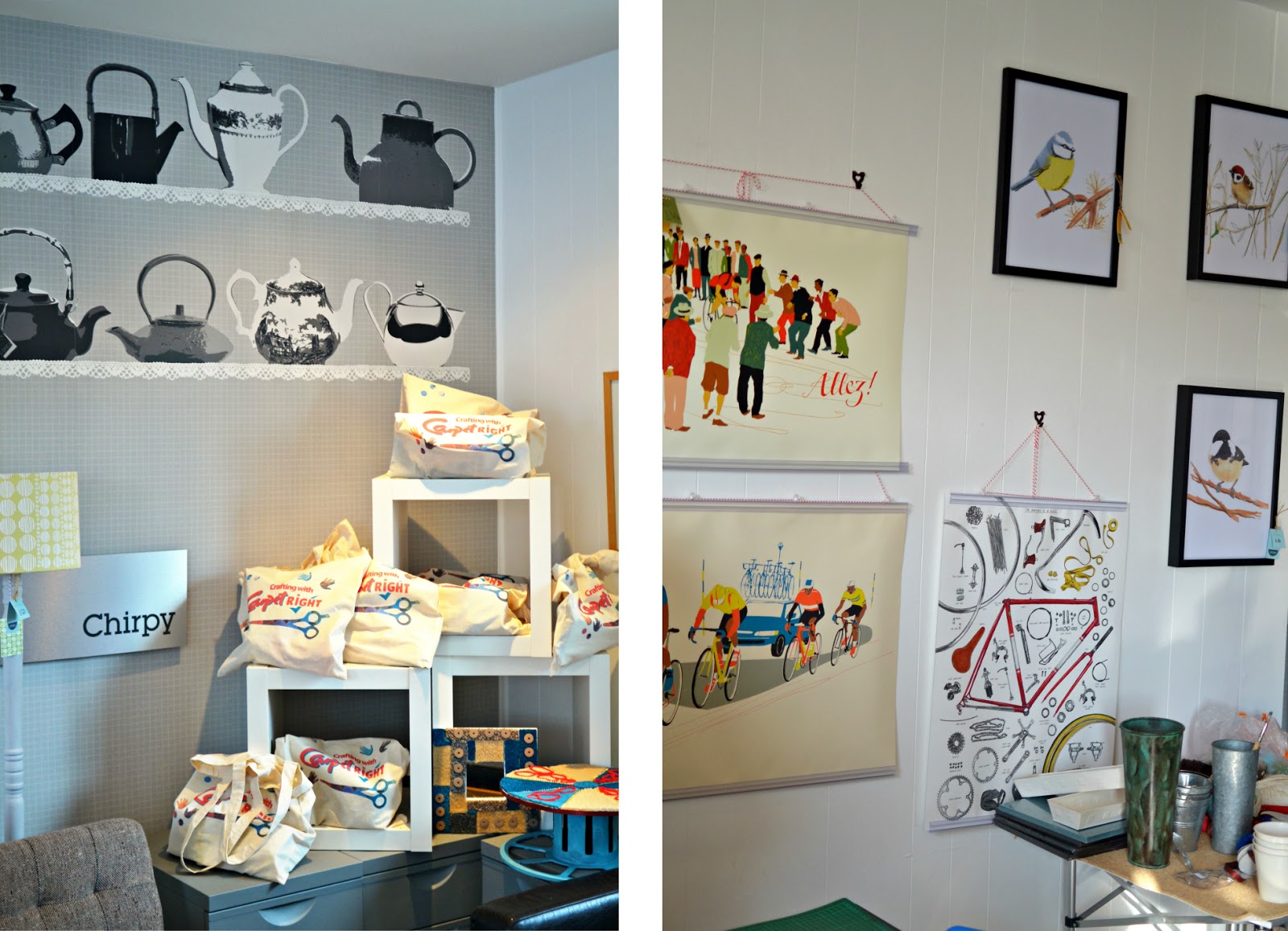 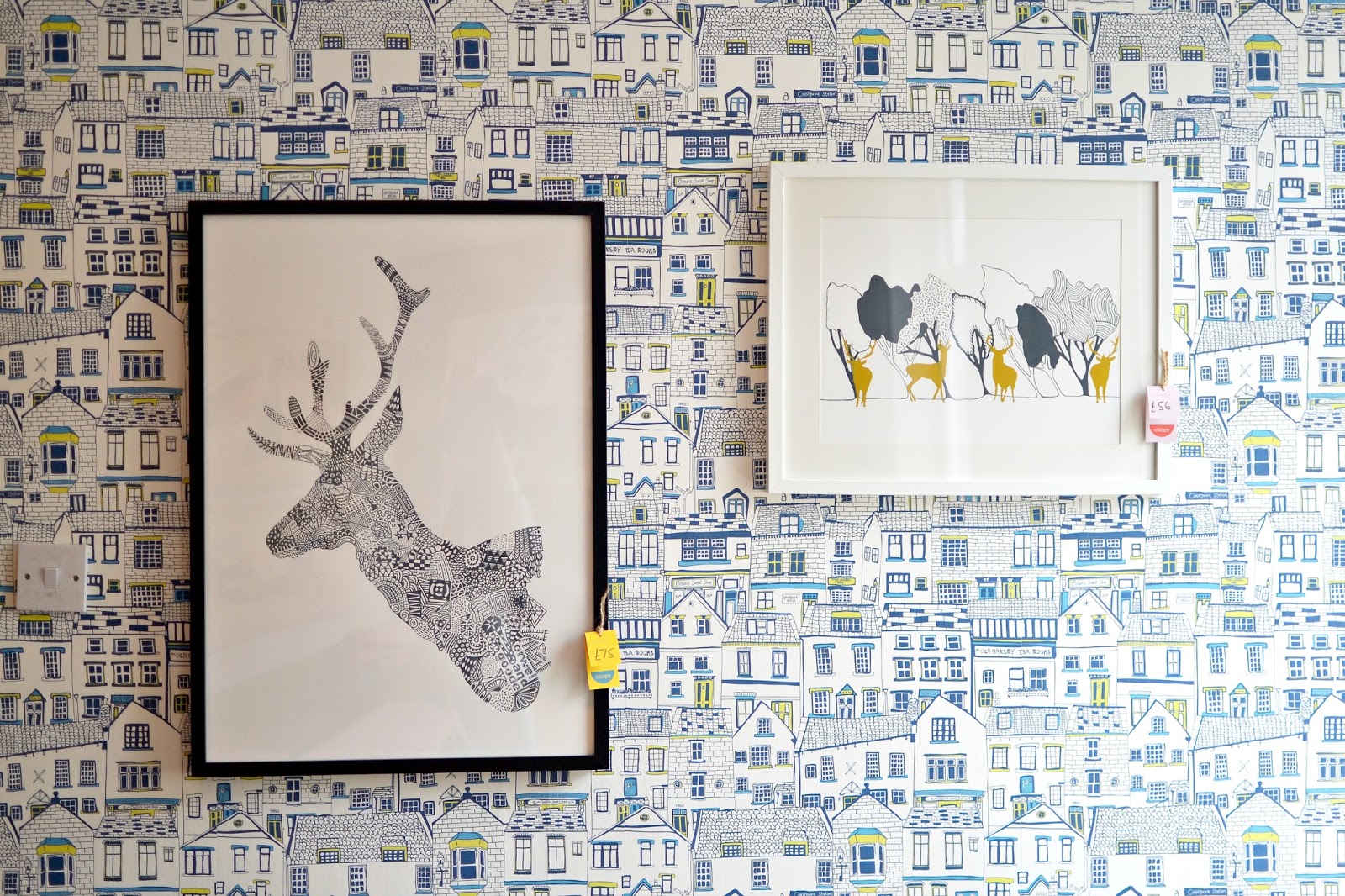 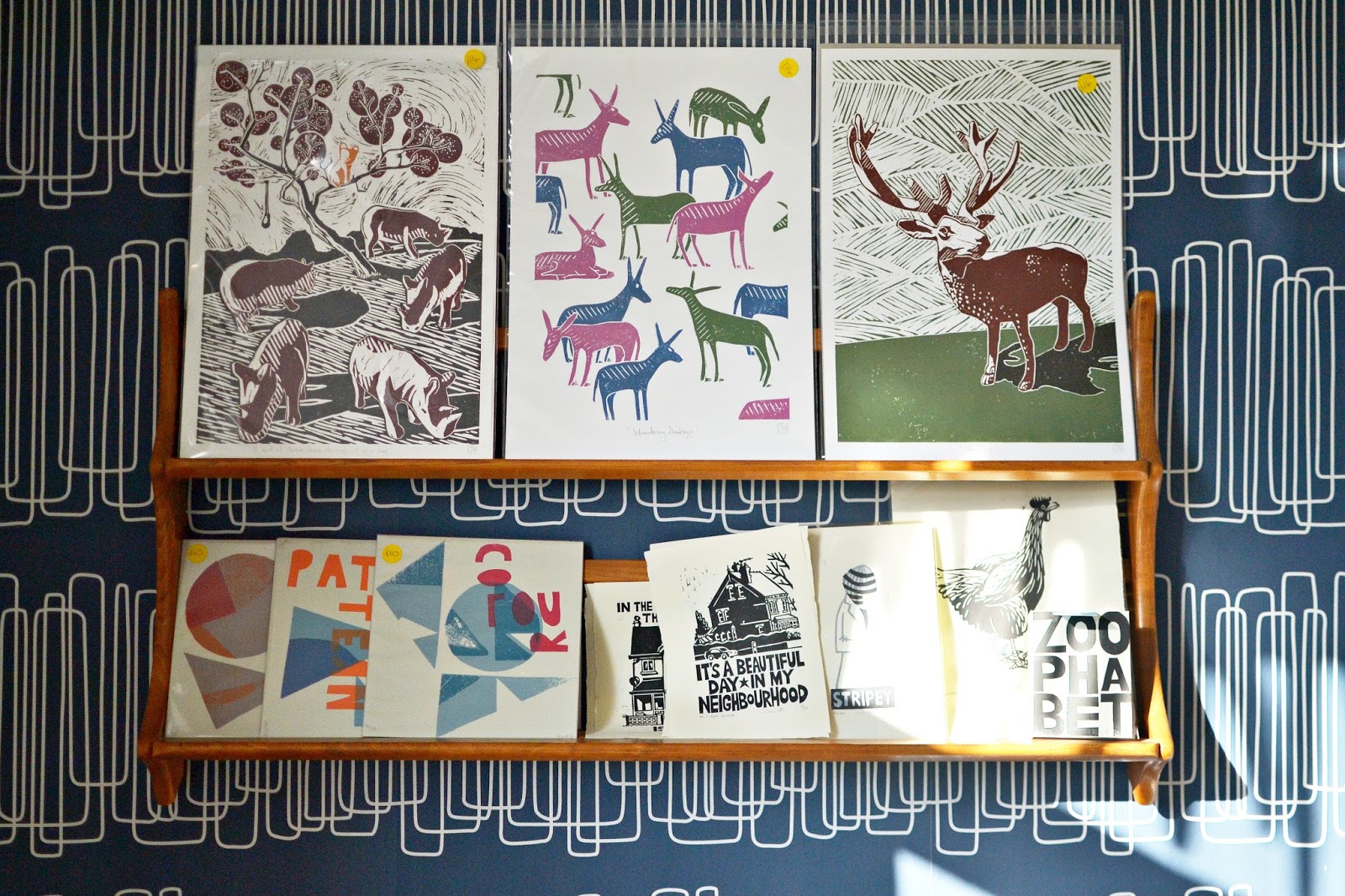 Upon entering the store (which I’ve never visited before and sure was missing out on) I was fascinated by the vibrant charm it shone and knew I’d be in for a great day. After only a quick glance of downstairs, we were ushered upstairs to the workshop area to be pleasantly greeted by Miriam, Melissa, lots of fabrics, artsy decorations and stickers waiting for our name to be scribbled on. The room was lovely and spacious, all set out and ready for action and once again, filled with unique decor; beautiful framed photos and paintings and pretty wall add ons, bringing the room alive. After some quick photo snapping, the rest of us arrived and we were then sat down and given a brief introduction of what to expect. Our choices were made purely by the examples Miriam presented. She showed us some of her creations so we could gather an idea of what we could make. But this was only the base, it was up to us to get our thinking caps on and go all hands on. As I was an amateur and this was apparently the easiest to make, I went low key with a mirror. Everyone else picked differently which made it more fun and exciting. Some joined me with the making of mirrors, others garnished some pots and pans and two lovely ladies even stepped up an adventurous level and went all out to produce a doormat from scratch. I loved the variation and Miriam was also pleased with the originality as she said she could gain some inspiration (bonus!) 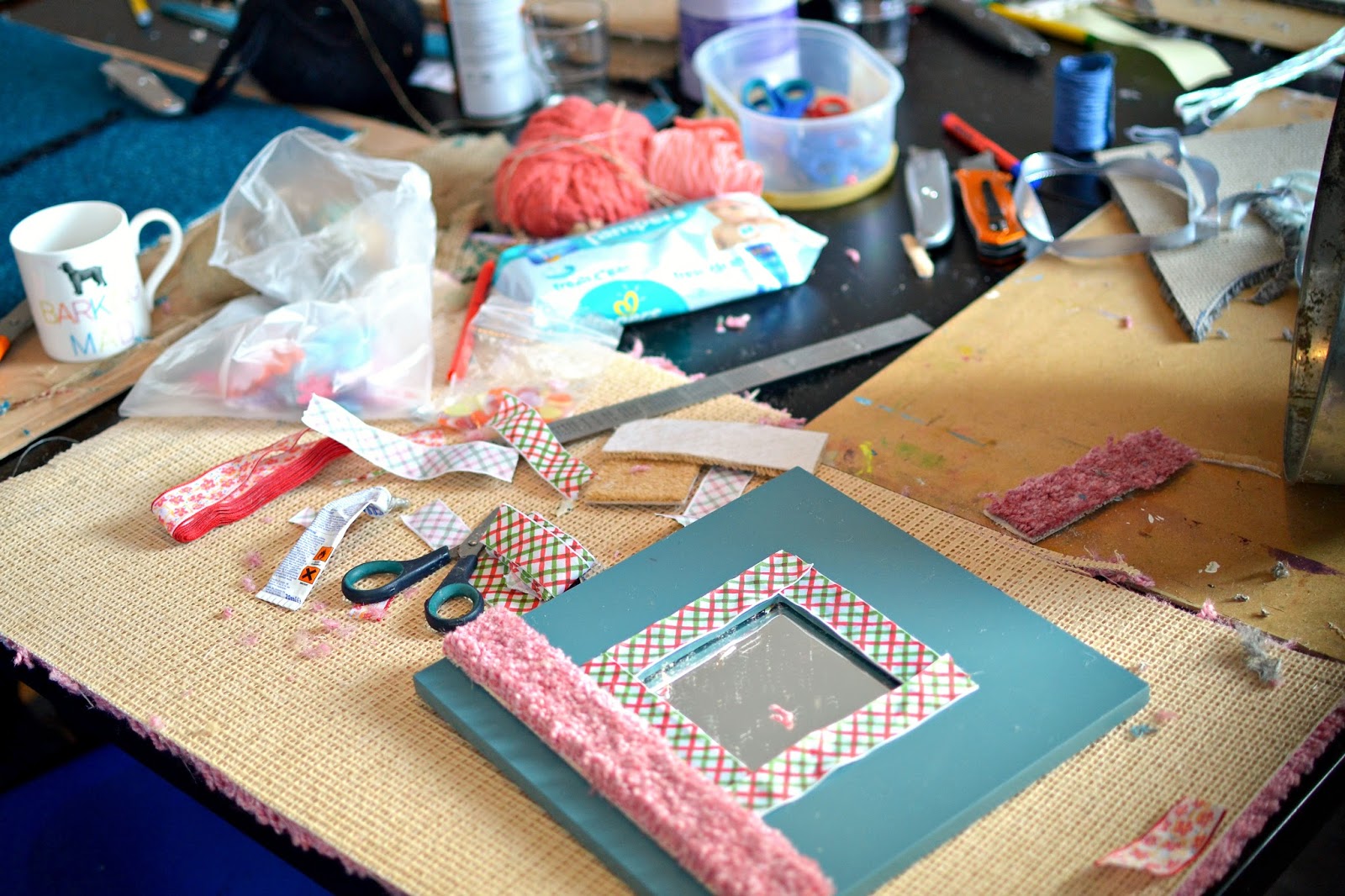 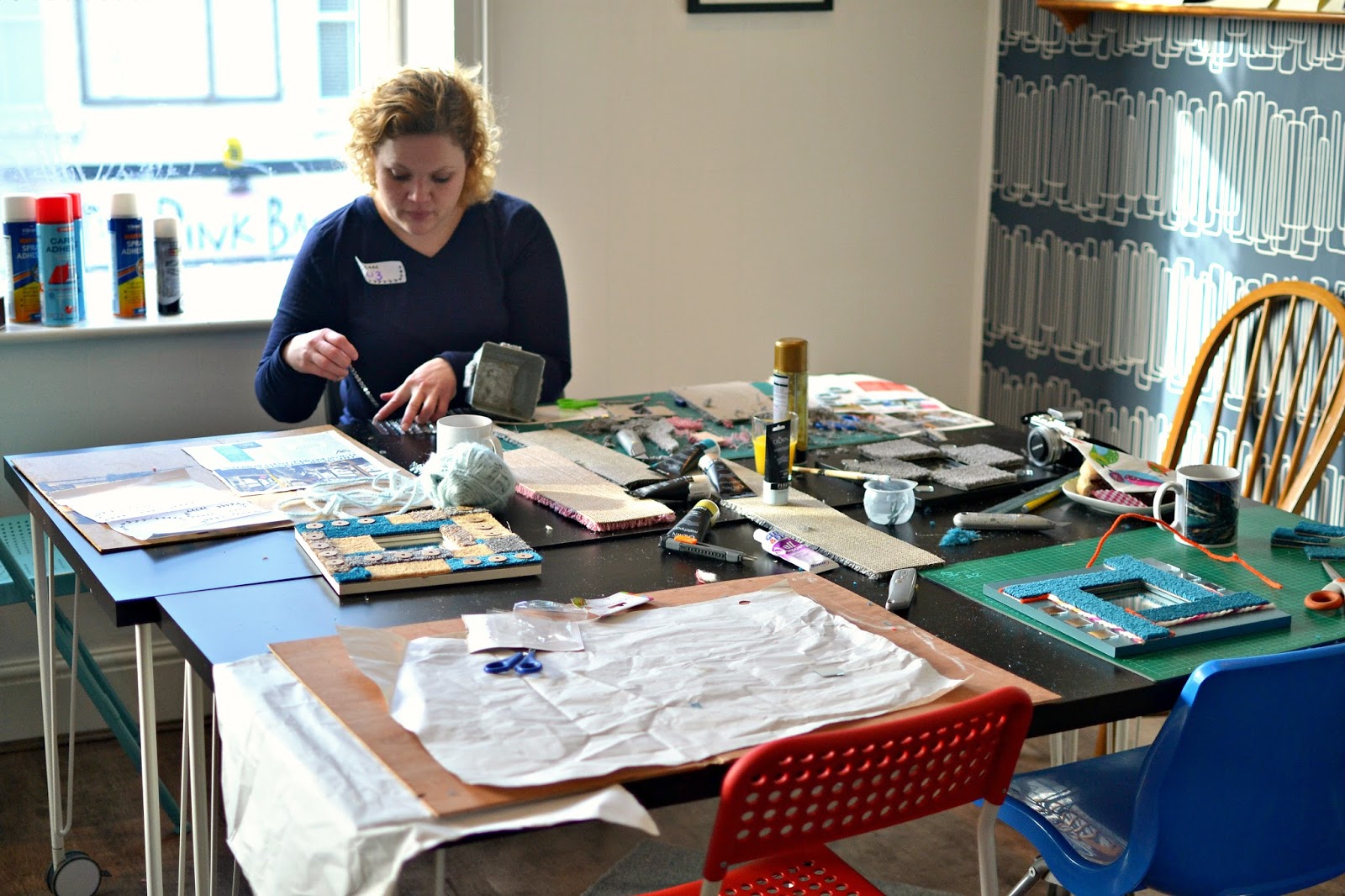 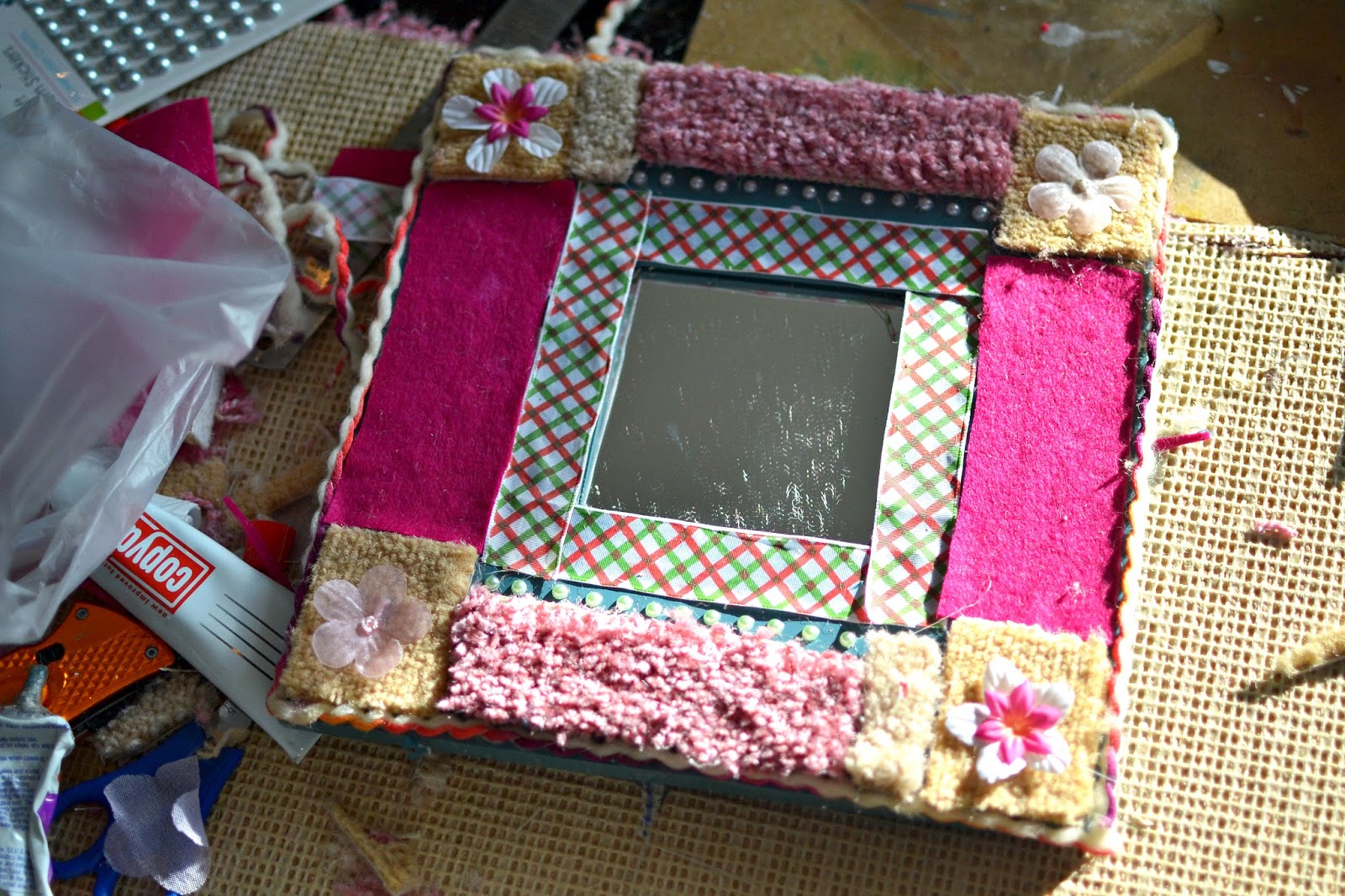 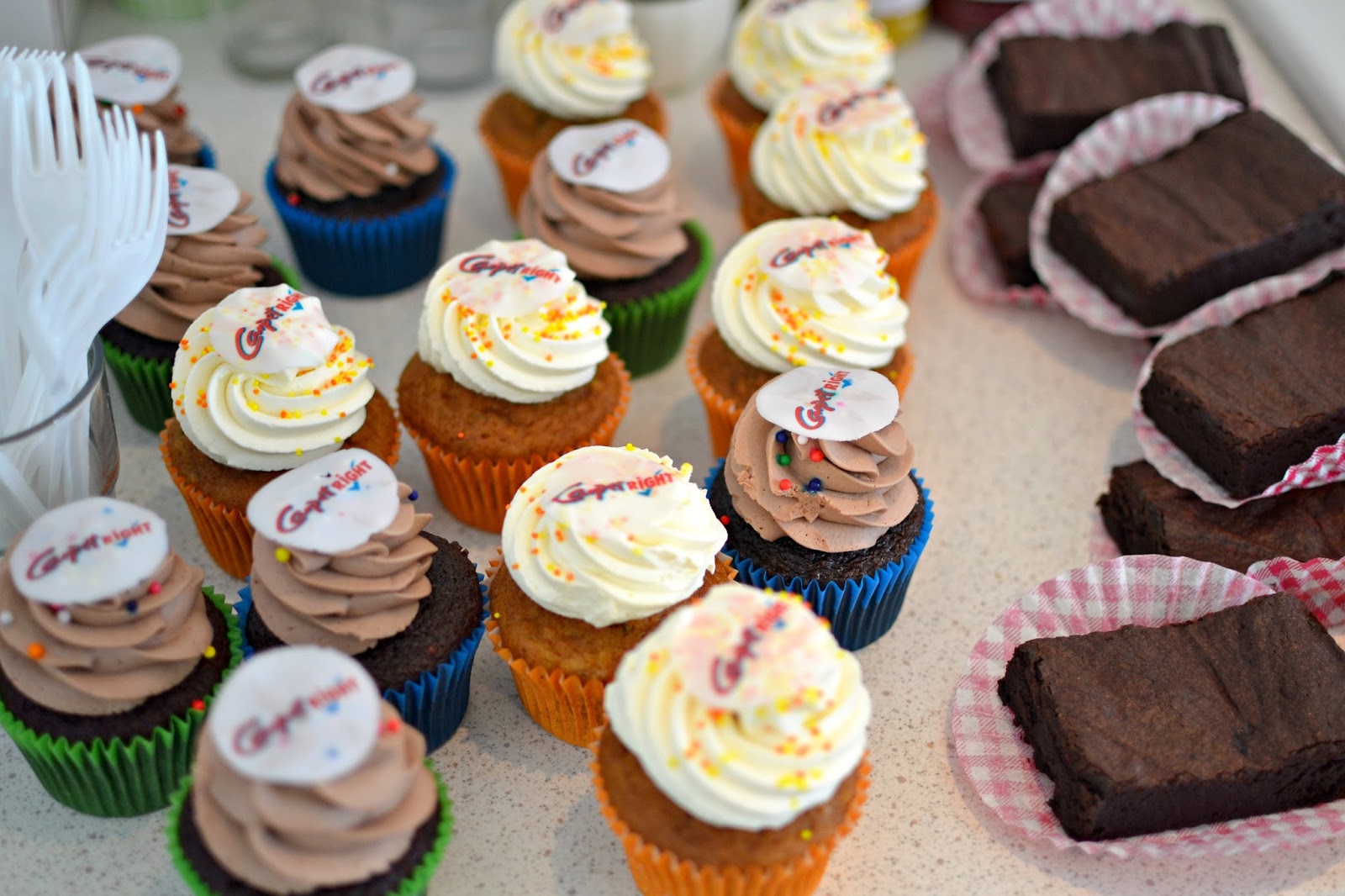 It took a long time for me to decide on my design (when I say a long time I mean at least 15 minutes time was taken up pondering and structuring a careful plan). I knew I wanted to slice and shape the pieces of carpet in a geometric, jigsaw like pattern but I wasn’t sure what theme to set. In the end, my inner girly side jumped out and leant beside me whispering in my ear to make it as mixed as possible so that’s what I did. I went for the hippie vintage vibe and considered what I’d need in able to achieve the desired look. I chose three shades of carpet; a fair pink, a beige and a cream and mentally lined the pieces up how I required (four squares in each corner, two long stripes at the top and bottom and two tiny rectangles to finish off). We were advised to use a Stanley knife to cut the carpet as this was the strongest, most ideal tool but with me being a clumsy nonsense, I was hesitant as to whether I should be trusted with a sharp object but I defeated my pessimism and went ahead anyway. Truthfully, I wasn’t the best due to the lack of strength and accuracy in my unsteady hands and I ended up having to trim and tidy the ends of the carpet up with sharp scissors which actually turned out to be the longest part in the process!

After I’d pruned my small shaped sections (I’m using this an excuse for my rubbish carving!) I laid them out on the mirror to know exactly where I wanted them positioned before I started any gluing! Once I knew the arrangement, only then did I move on to collecting lots of little accessories to jazz up and embellish the mirror. I started off with some fancy ribbon and cut it into 4 to place around the centred reflector, then I picked out some multicoloured wool style rope to fit around the edging and glued both down with some tubed adhesive. I was then ready to stick down my carpet segments and this time, used the spray on glue for a more effective affix. As this dried, I then moved on and concentrated on the missing sections beside the middle of the mirror and decided to throw in some more deep colour and grabbed some hot pink, soft felt material and selected another glue to use, taking advantage of the many available. This is when the picture started to form and I could see it coming to life. That was the positive side, the negative was my hands were worn out, my back was sore from standing up and bending over and I was completely covered in glue and lots of fluff from the carpet (seriously, you wouldn’t believe some of the places it ended up!) so I decided to take a break and indulge in some of the specially made Carpetright cupcakes and sandwiches. They were both made and brought up to us by The Sunshine Bakery which I was familiar with as I indulged some myself when I was a regular at Chapel Allerton hospital so I knew they were going to be delicious… and that they were, possibly the tastiest cupcakes I’d had in a while and they went down a treat (and I even took a couple home with me, mmmm!). 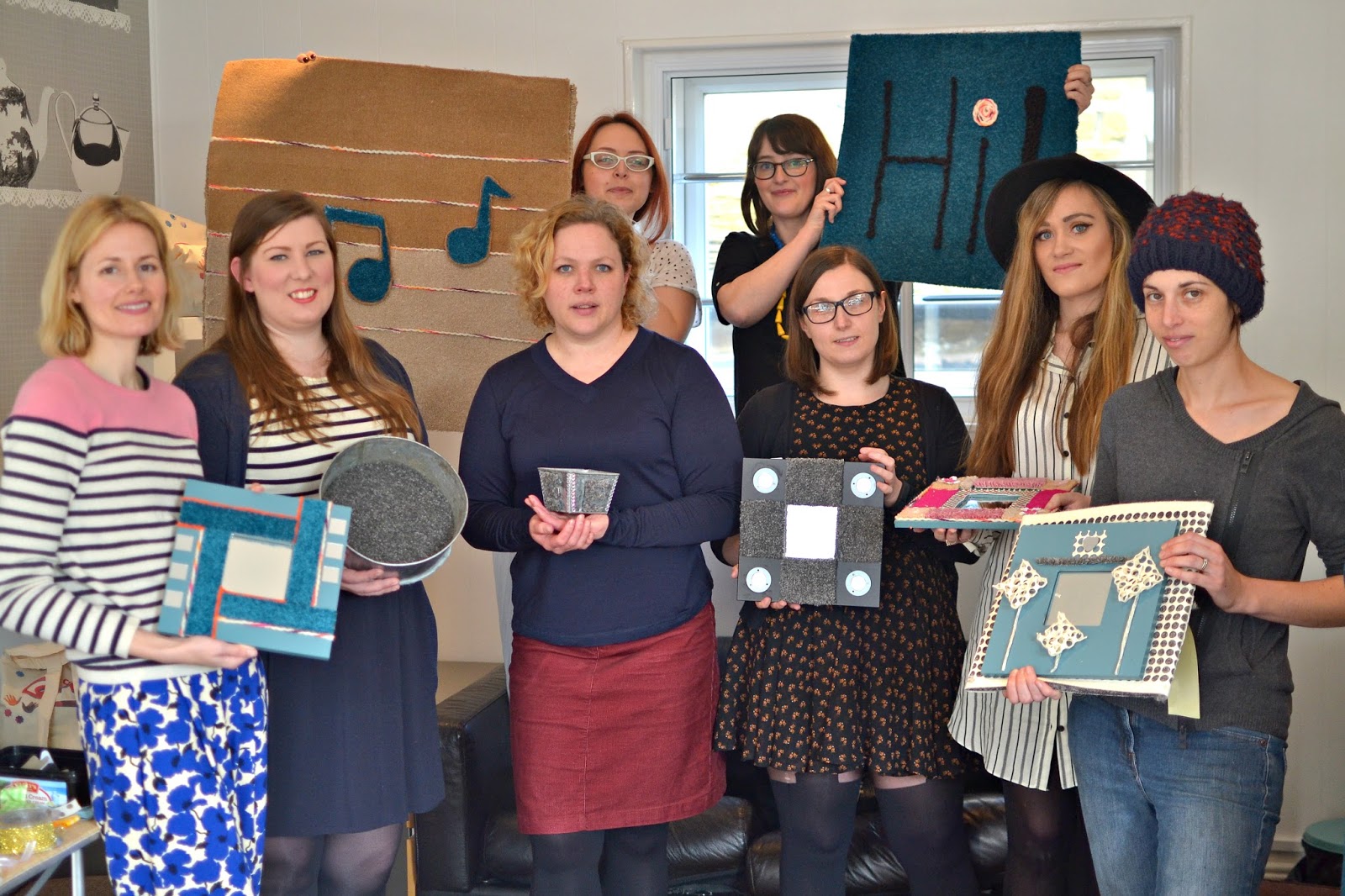 Stepping away from stuffing my face before my stomach tripled in size, I headed back to the table to finalise the project. The end moves were the trickiest and the fiddliest as I lined up some pearl diamantés to fill the gaps and some cutesy symmetrical flowers to each corner. Despite my doubts, I was quite proud of the accomplished task and for myself for actually completing it in the time provided and I couldn’t wait to take it home to show around and find a place for my handiwork (I think I’ve eventually agreed on giving it away to one of the younger girly girls of the family). I even did the school-sticker smile action when Miriam made her way round to have a peek and commented on how fetching it looked. It was certainly a messy process, but a successful one. We were informed that this was the first Crafting With Carpetright event and we were sort of a trial to see how it went so I hope the positive feedback and the thorough enjoyment of our group has been enough to urge them to do more as I felt pretty honoured to be the first in line to experiment with the wild wanders of carpet. It really has proved that you can make anything work, the workshop enlightened us as to how far we could make a stray cut go and opened up the ideas and opportunities.

To complete and round off a wonderful afternoon, we then had a group shot displaying our finished masterpieces and were kindly given our very own Crafting With Carpetright tote bag with lots of interesting goodies inside (I loved the fact I’d never had anything like this before, it made a change to the beauty or fashioned based products!). On top of this, we were also awarded with a £10 Chirpy voucher to spend downstairs which was extremely generous of the organisers and I couldn’t have been more thankful. 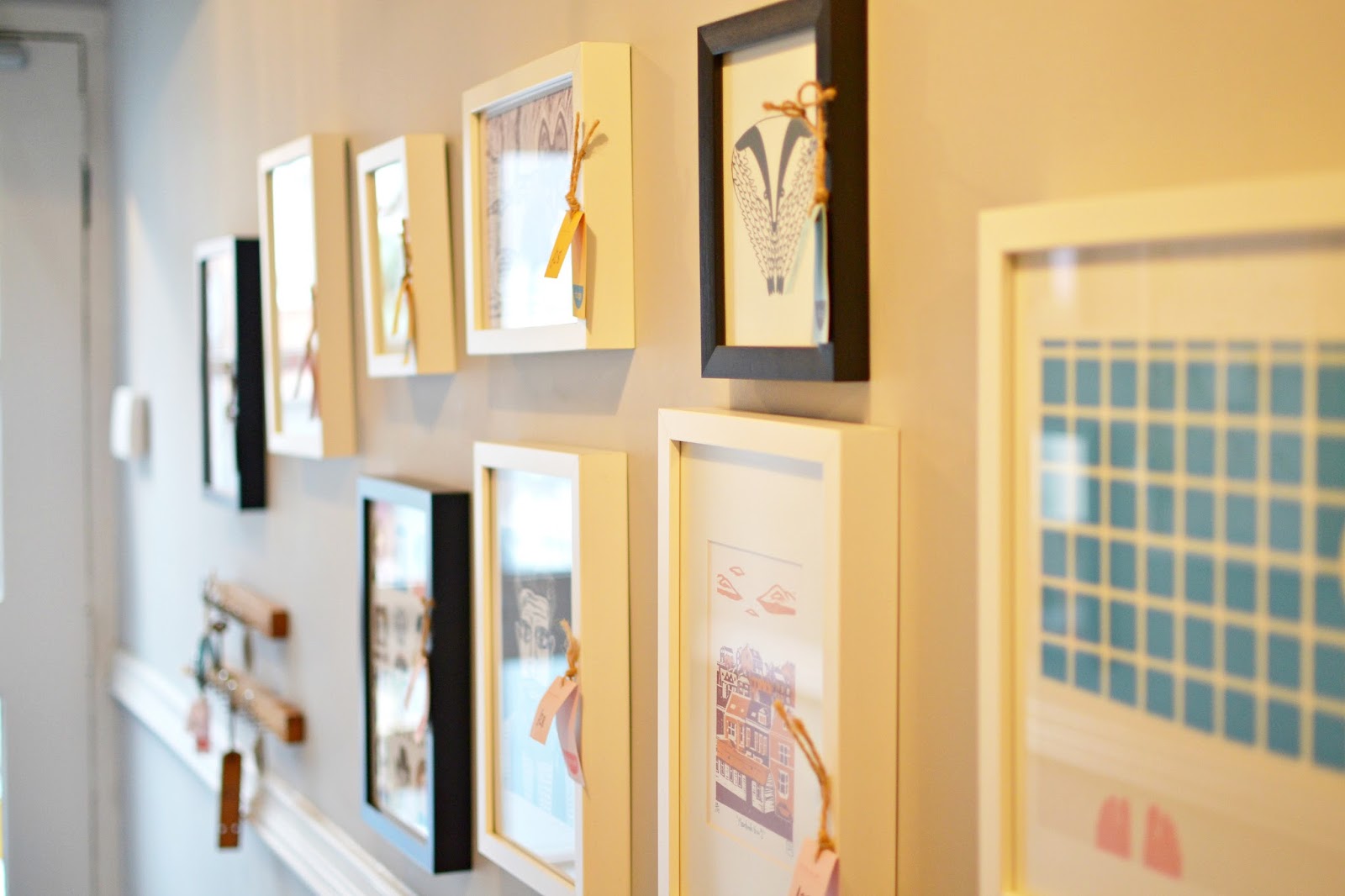 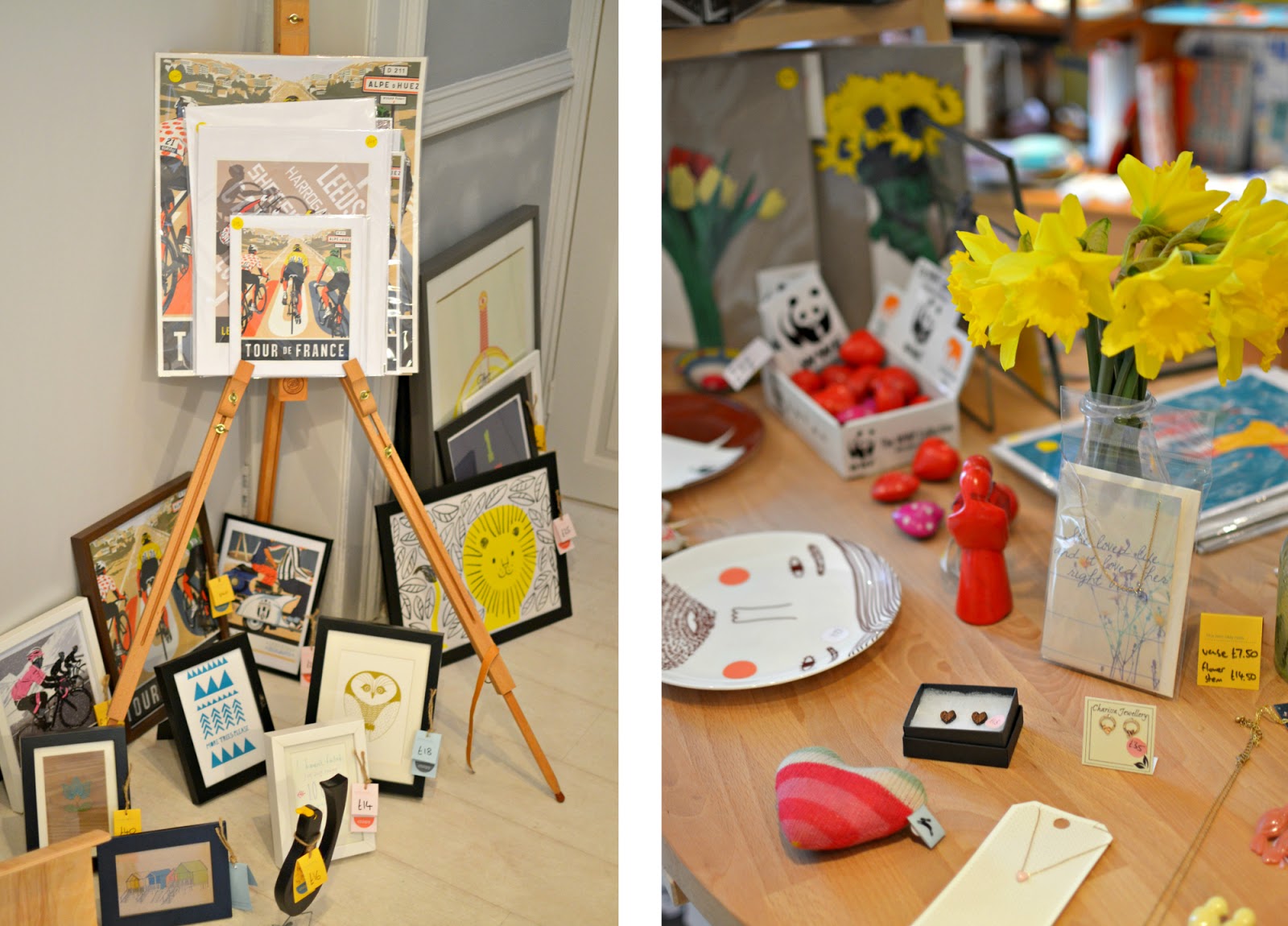 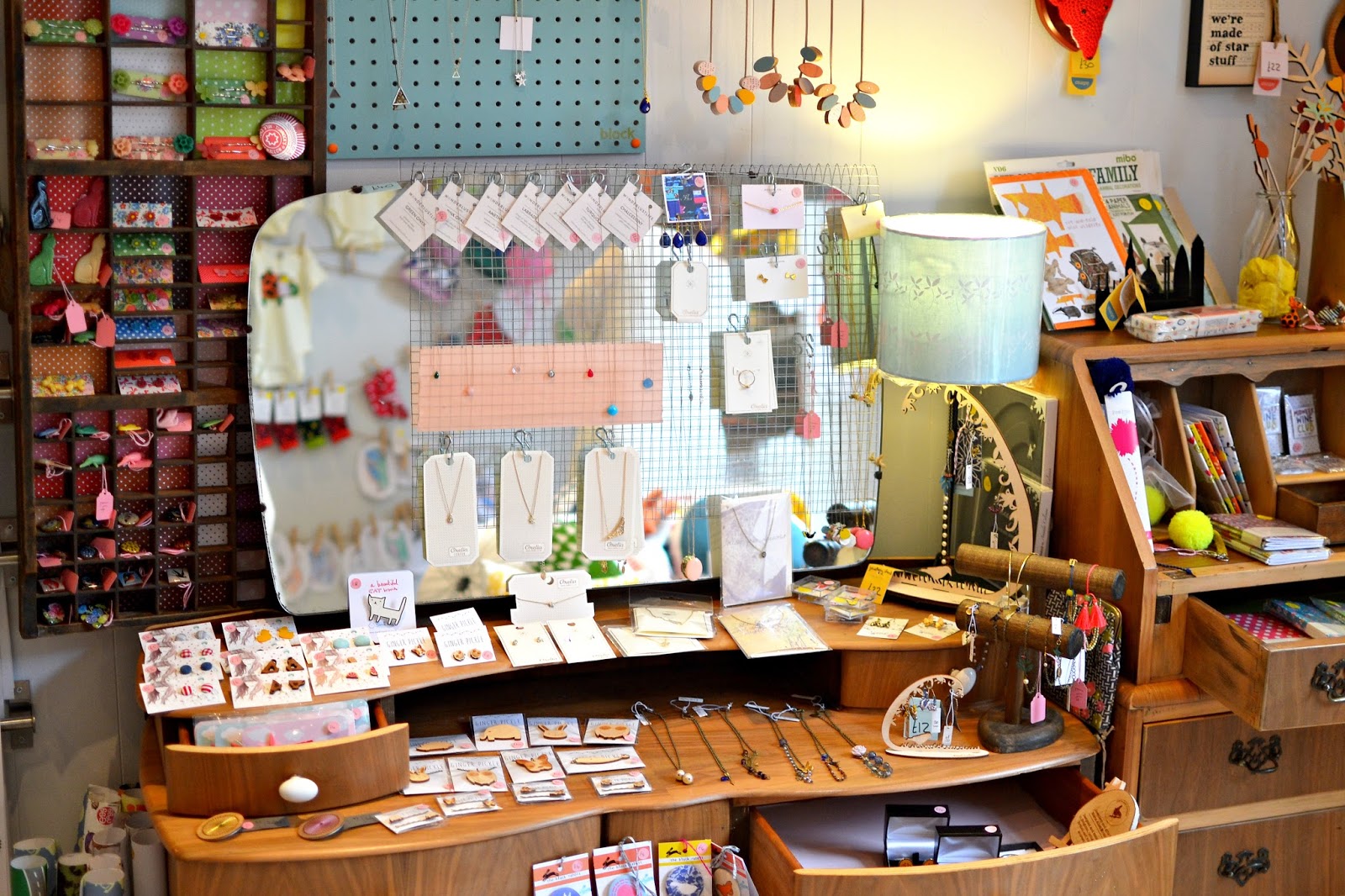 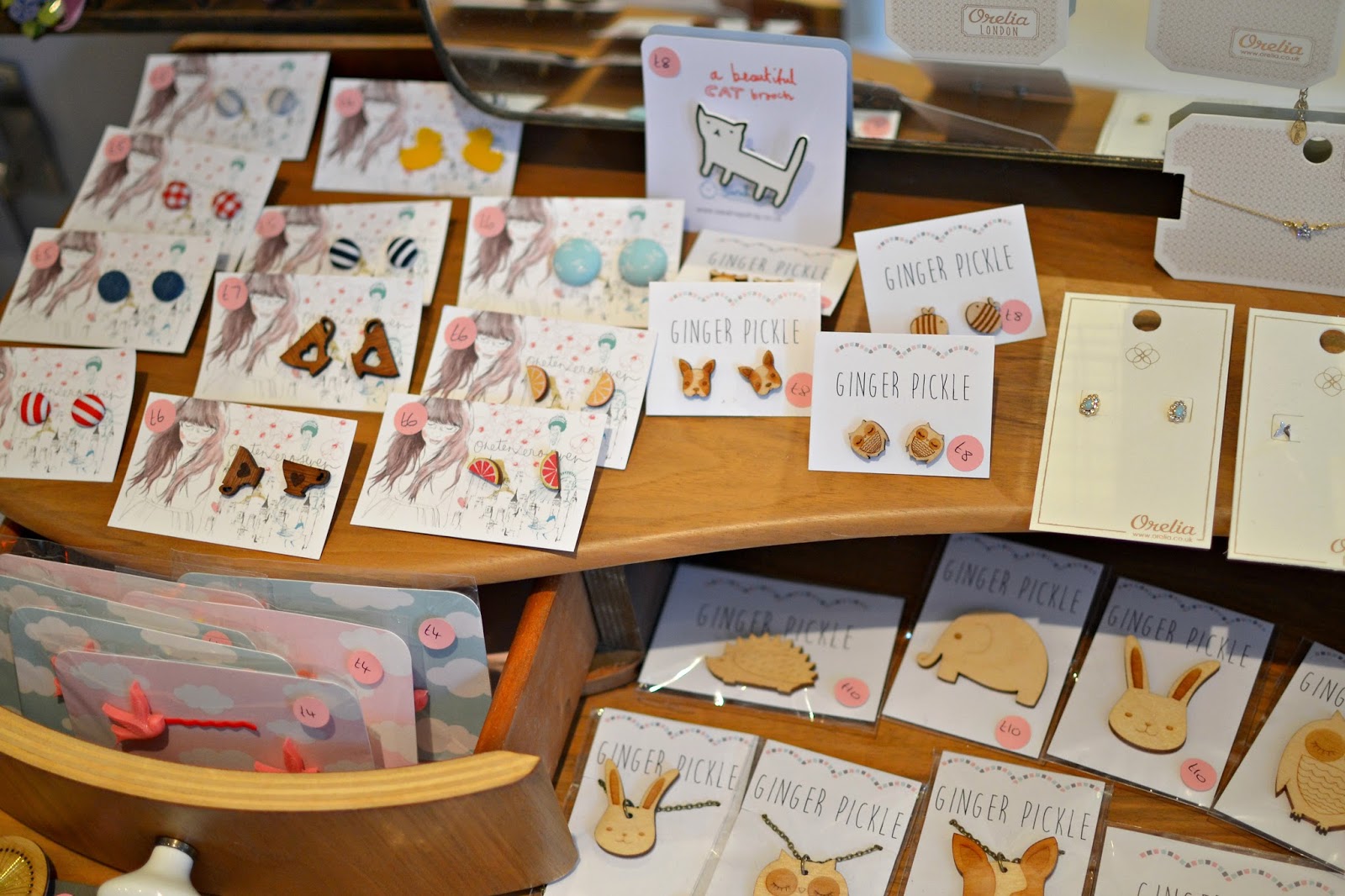 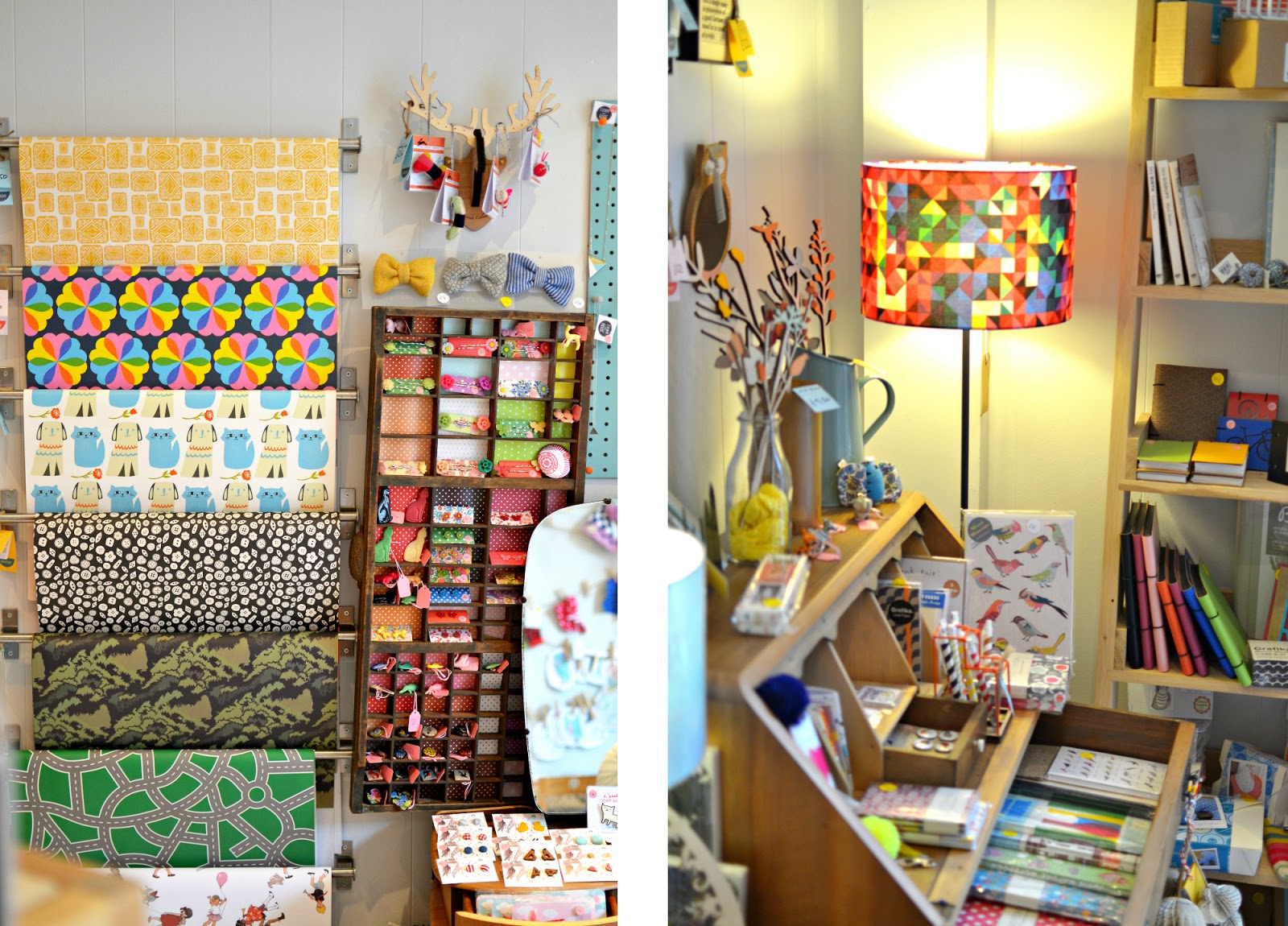 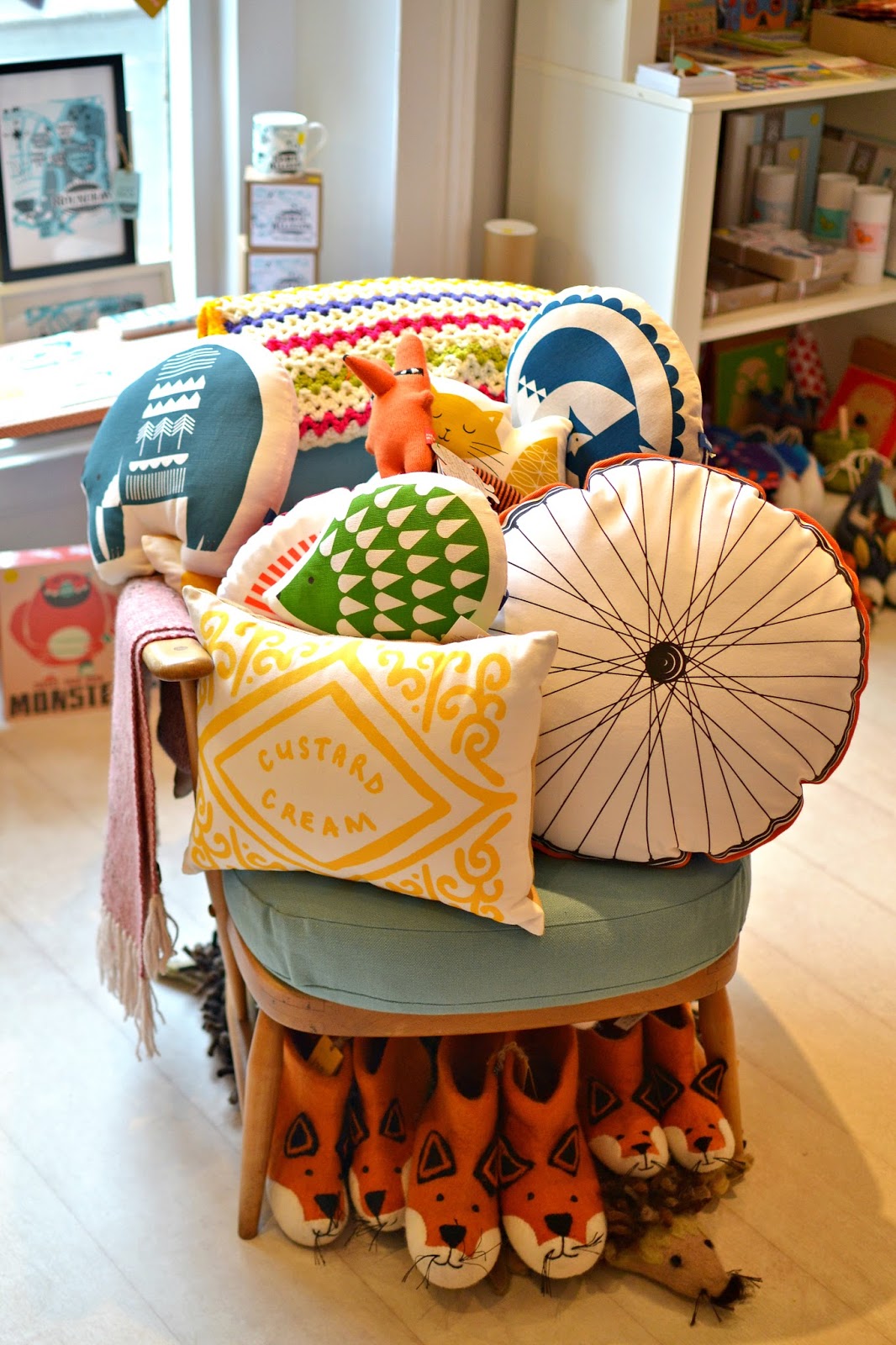 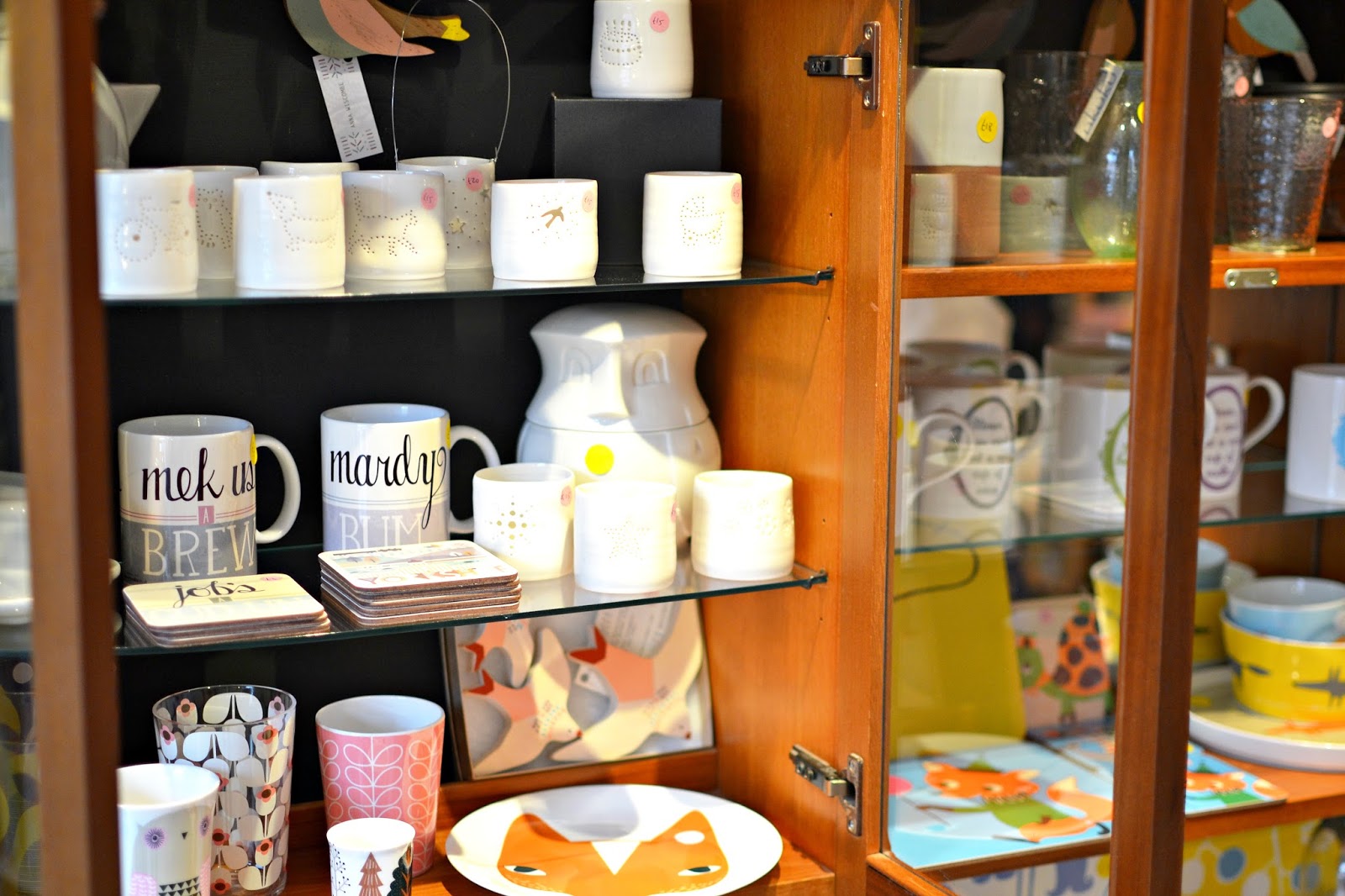 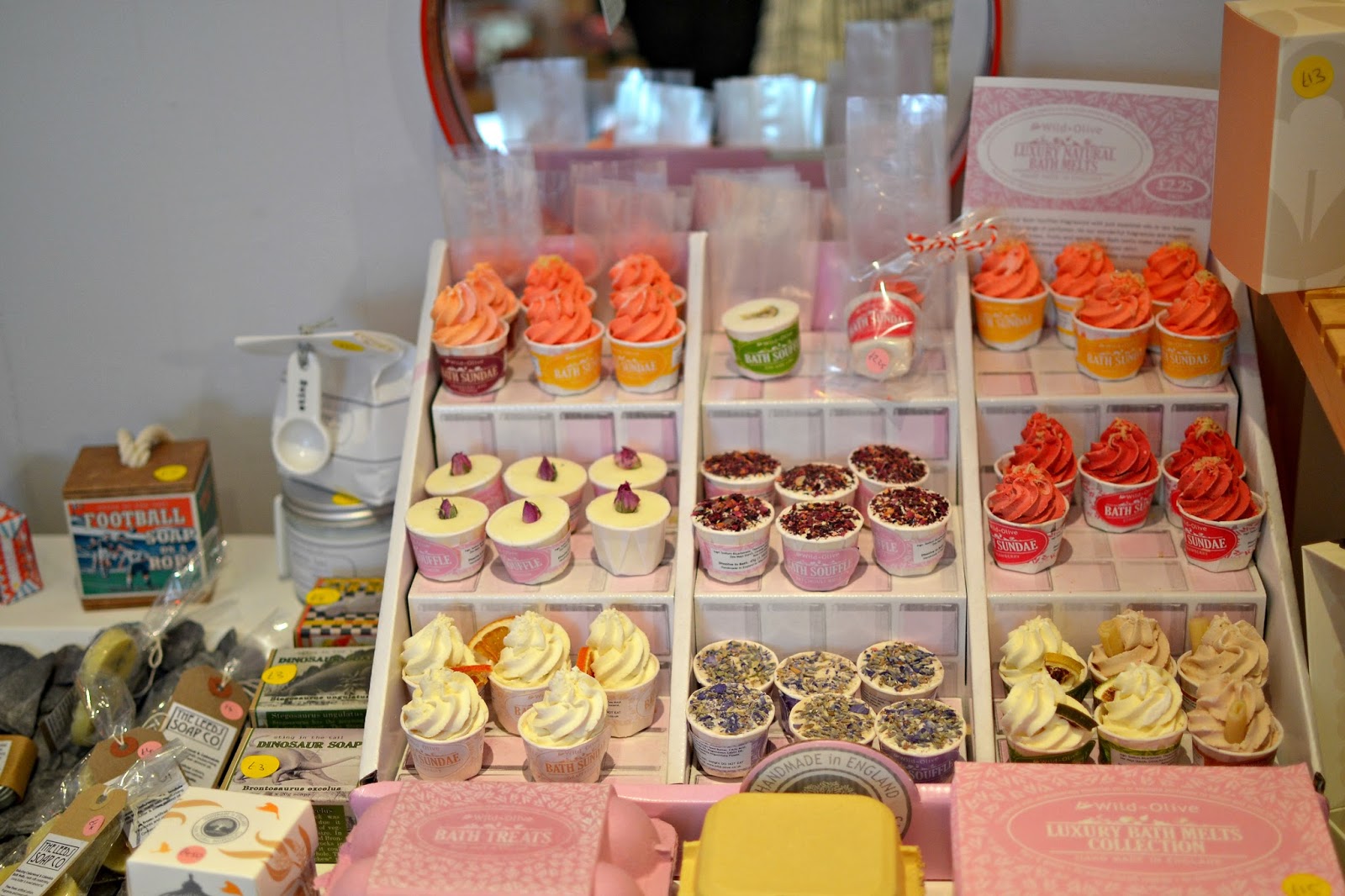 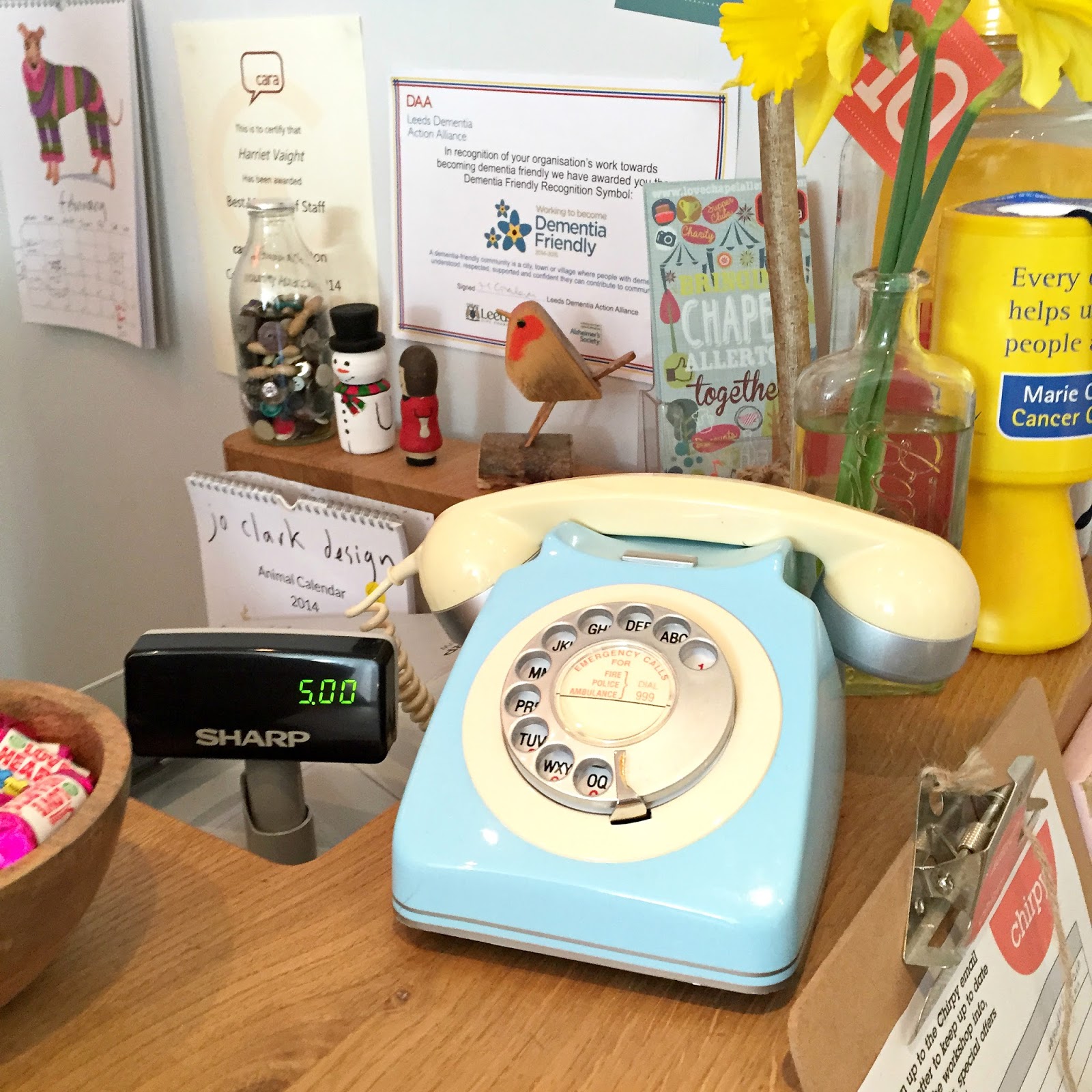 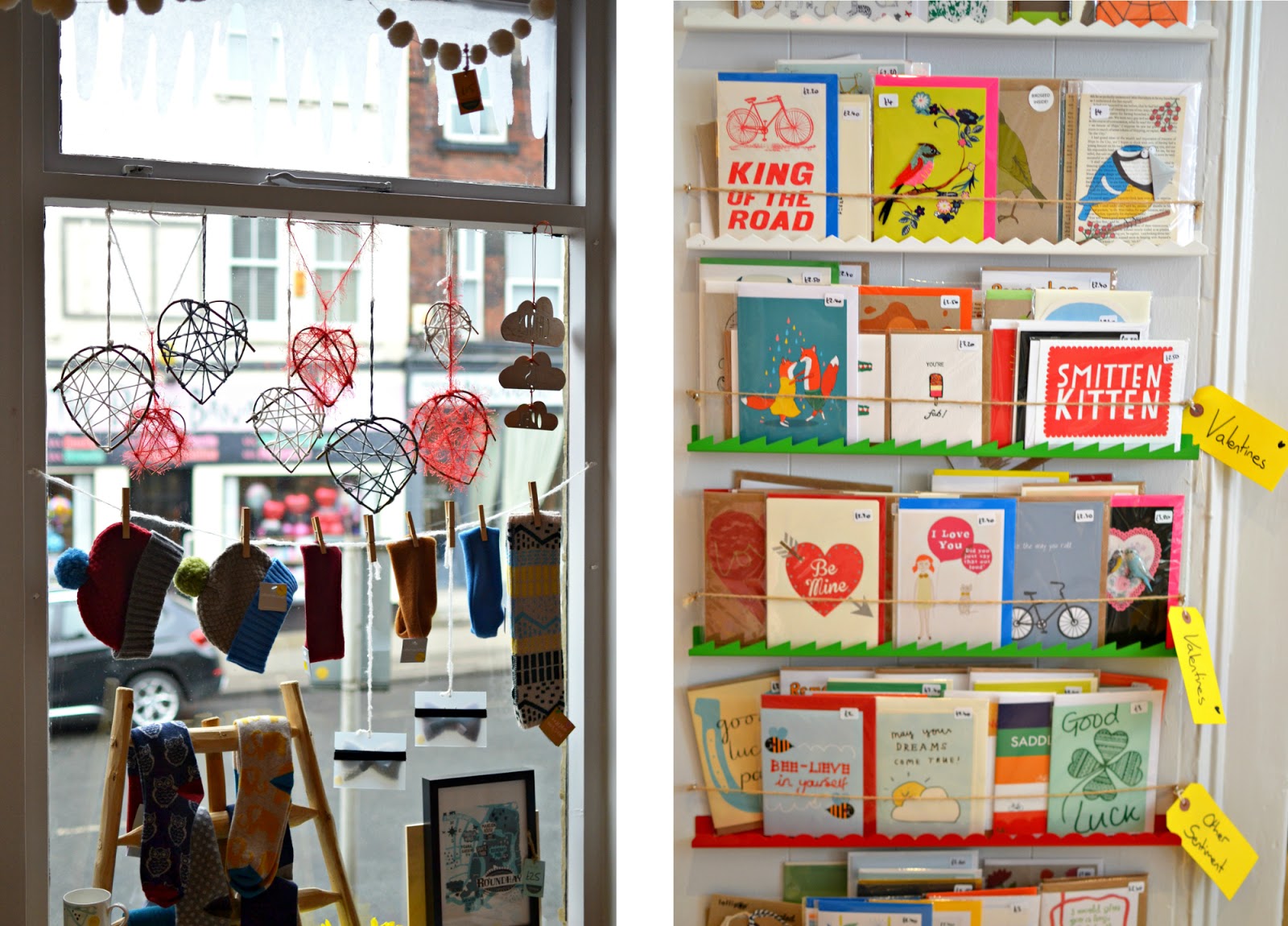 As I was then able to check out the shop itself, I couldn’t stop myself from having a gazing gander as I was overwhelmed with so much joy, colour and cheer (I get why it’s called Chirpy!). I’m not lying when I say I must have walked around the same spots for around 20 minutes because A) I am too indecisive and B) I didn’t want to miss any of the fine, distinctive details of each unique and cleverly laid out item. The shop was way too cute for me to resist temptation of spending (pretty dangerous handing me a voucher!). In the end I ventured for a quote in a photo frame and a bird clip in the form of a bookmark which I’m sure will be shown on my blog very soon.

Once again, a huge thanks to Miriam, Melissa, Chirpy and of course Carpetright for hosting this event. It was most certainly an unusual insight to the concept you often shove to the back of your mind on a daily basis.

Heal Spa Harrogate: The New Place To Be

The Sunday Natter: Do We Need To Strip Naked To Empower Our Bodies?