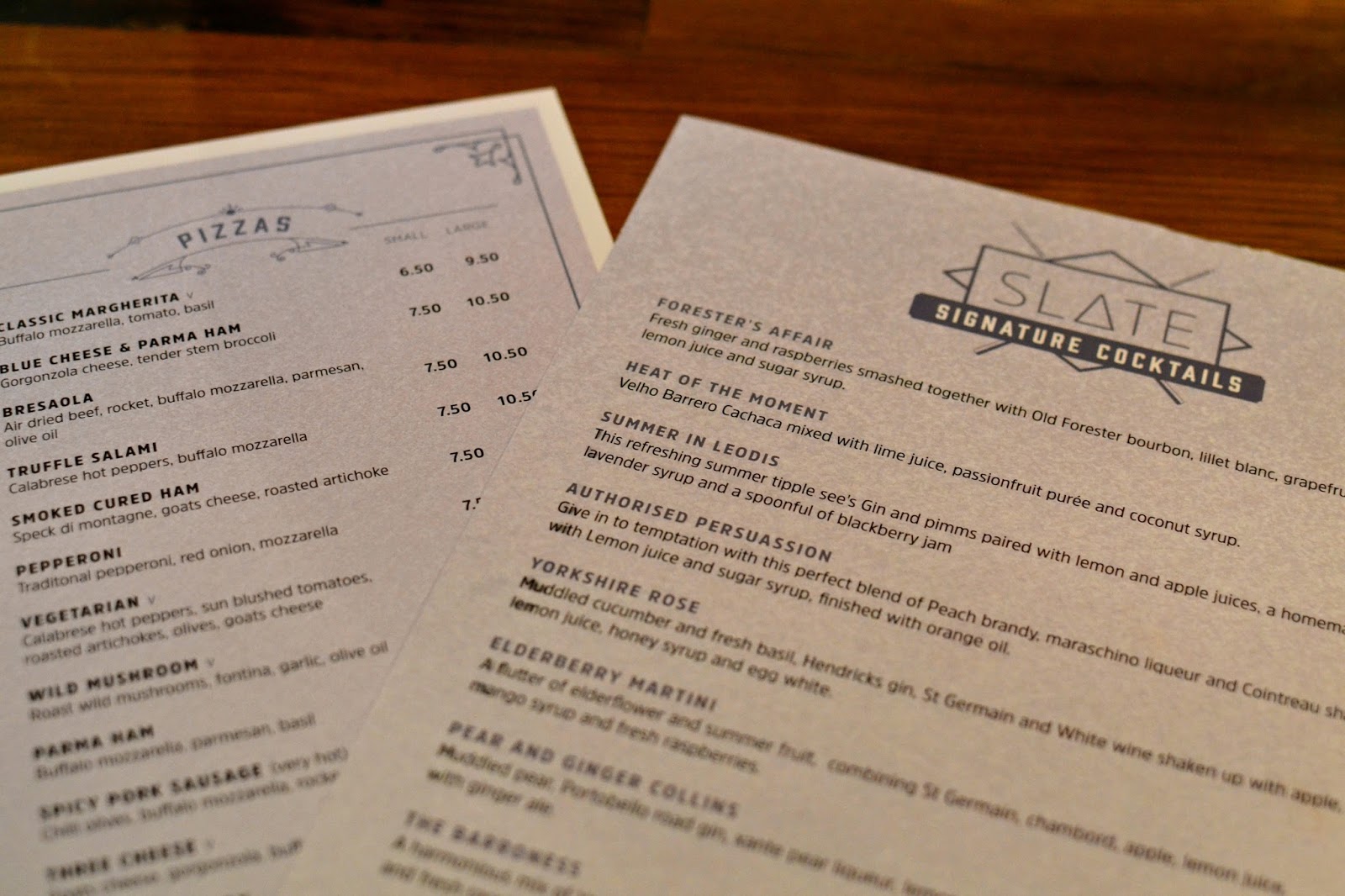 The last time I visited Slate NQ it was a rowdy and rather exciting launch night so when I was invited back to have a sample of the real Slate experience of food, drink and entertainment a few weeks back, I was thrilled and just couldn’t say no!

This time round, I took my brother along with me (because I had to repay him for dedicating his typical teenage time snapping outfit photos for me somehow and what better than his two favourite notions; pizza and pool). It’s the first ‘blog event’ I’ve involved my family in so to him it was just an ordinary, laid back evening but for me it was a huge step forward. 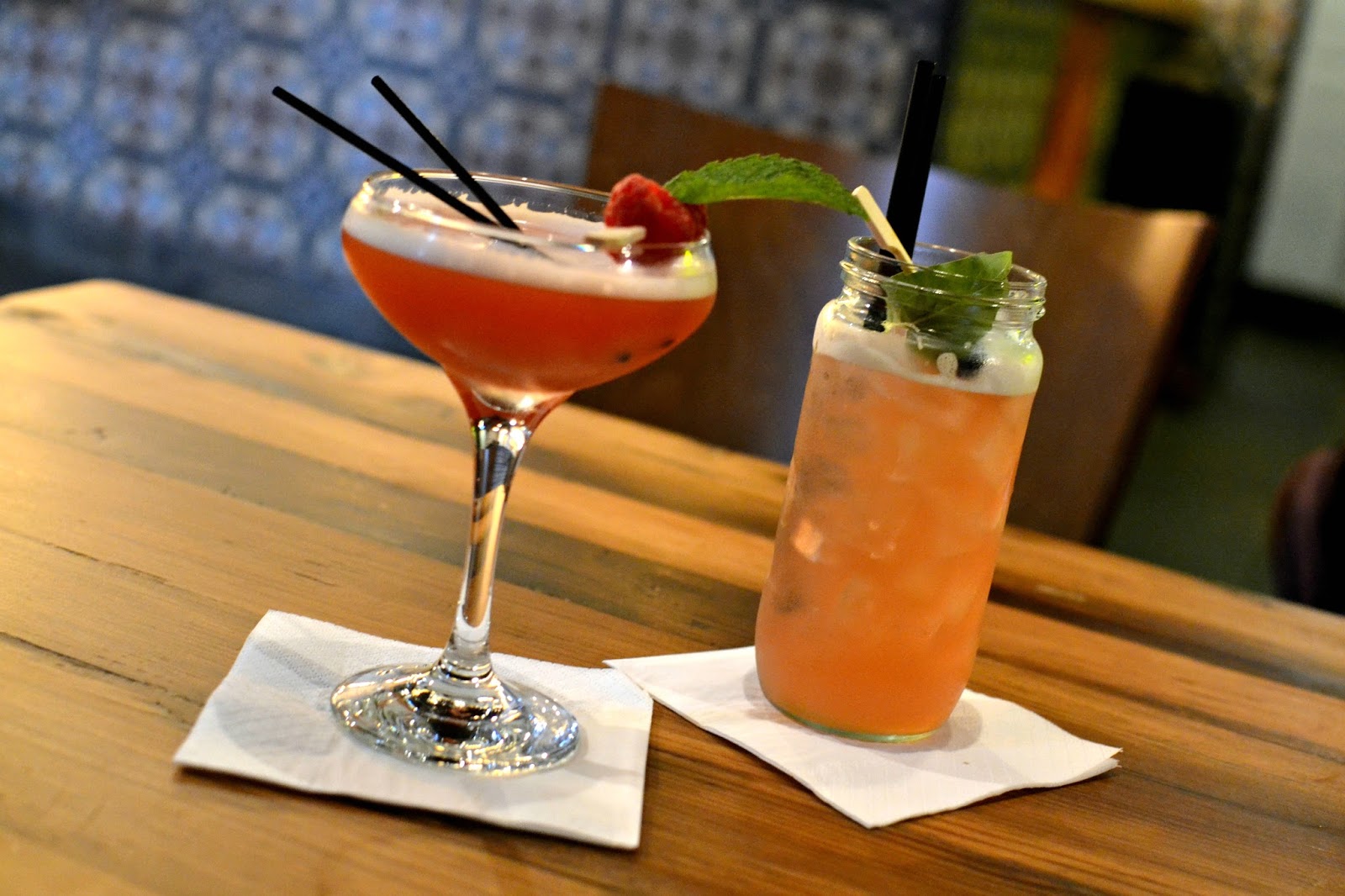 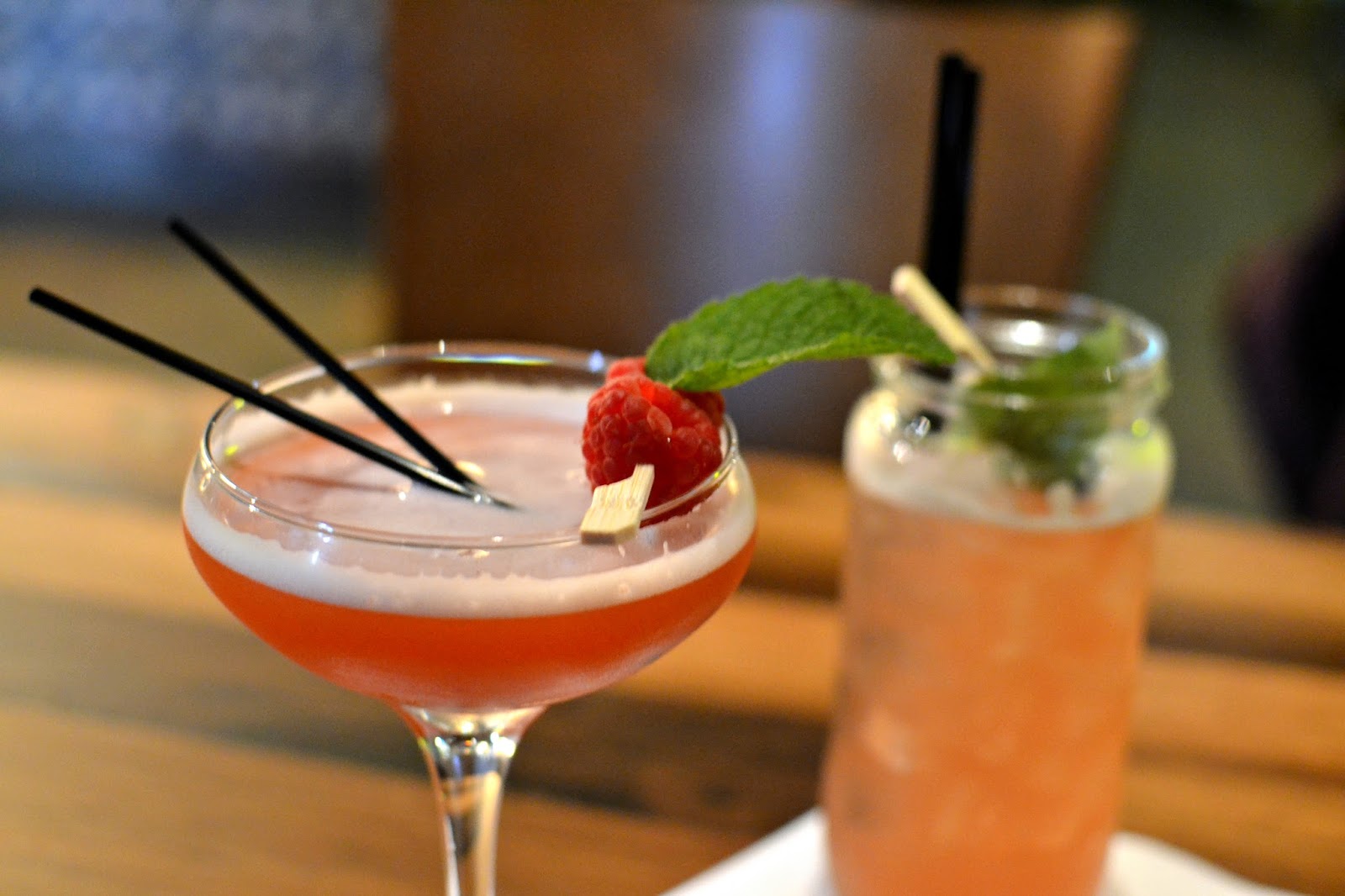 To kick the night off, we were pleasantly shown to a table and handed both the main menu and drinks menu ready for when we decided to order. We were kindly gifted one large pizza and a cocktail each for the night. There was so much choice on both the menus (and definitely of the delicious kind) but in the end, I went for the Elderberry Martini and Wild Mushroom pizza and my brother went for the more manly option of Northern Heights and Roast Chicken pizza.

The cocktails were amazing! To say I class myself as a non drinker I’ve had my fair cut of cocktails and these were definitely some of the best! My Elderberry Martini not only looked pretty but was so refreshingly tasty and fruity with a mixture of elderflower, summer fruit and a combination of St Germain, chambord, apple, lemon juice, mango syrup, topped off with fresh raspberries; almost like the definition of summer opposed to the dark, dismal rainy night outside. The Northern Heights had more of a bitter rough taste with basil and blueberry vodka being the main ingredient. The two were completely different but with their own unique twist, the comparison within the served up glasses proved this (a tall glass for the lady and a rounded jar for the man etc etc). 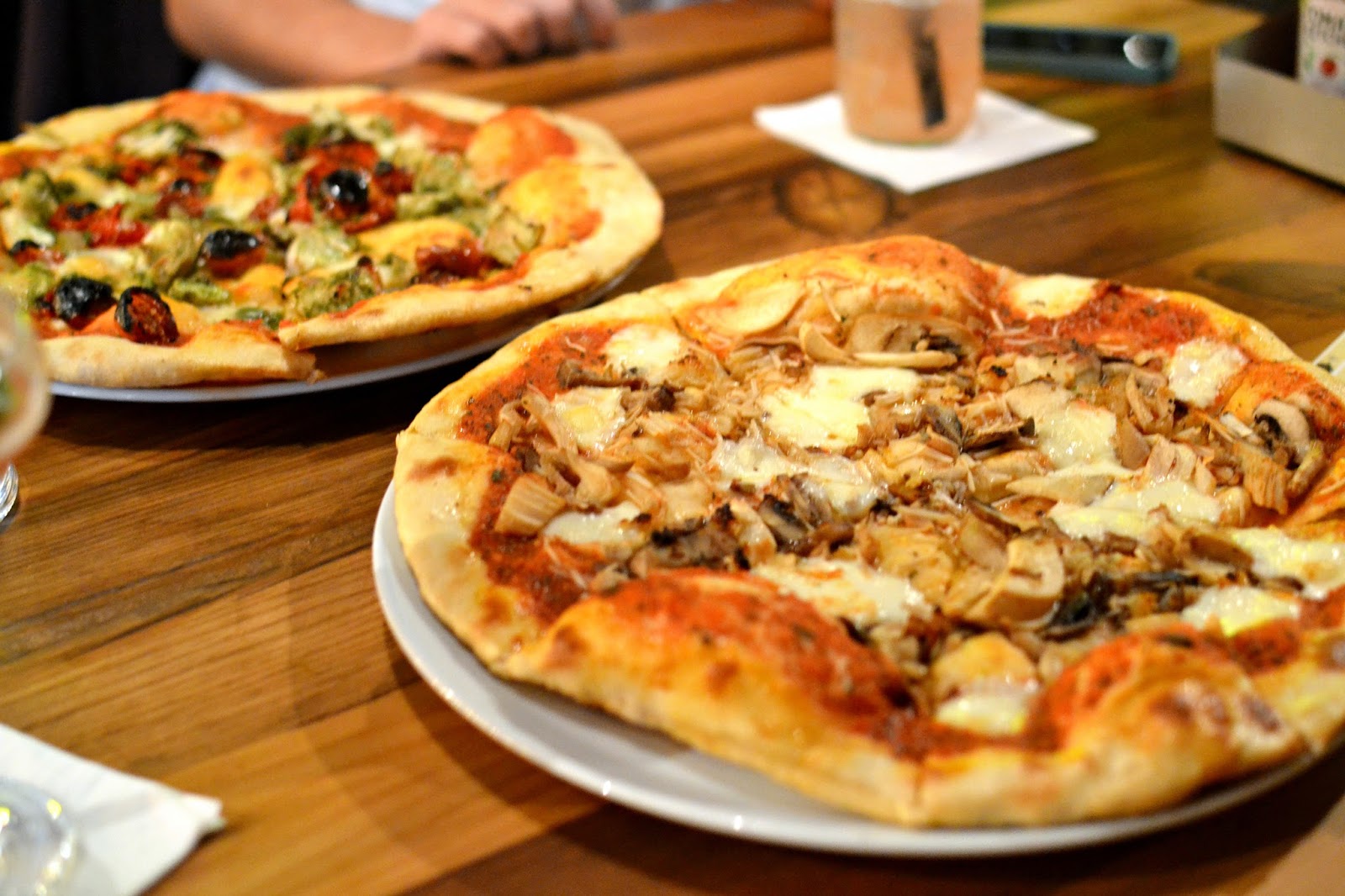 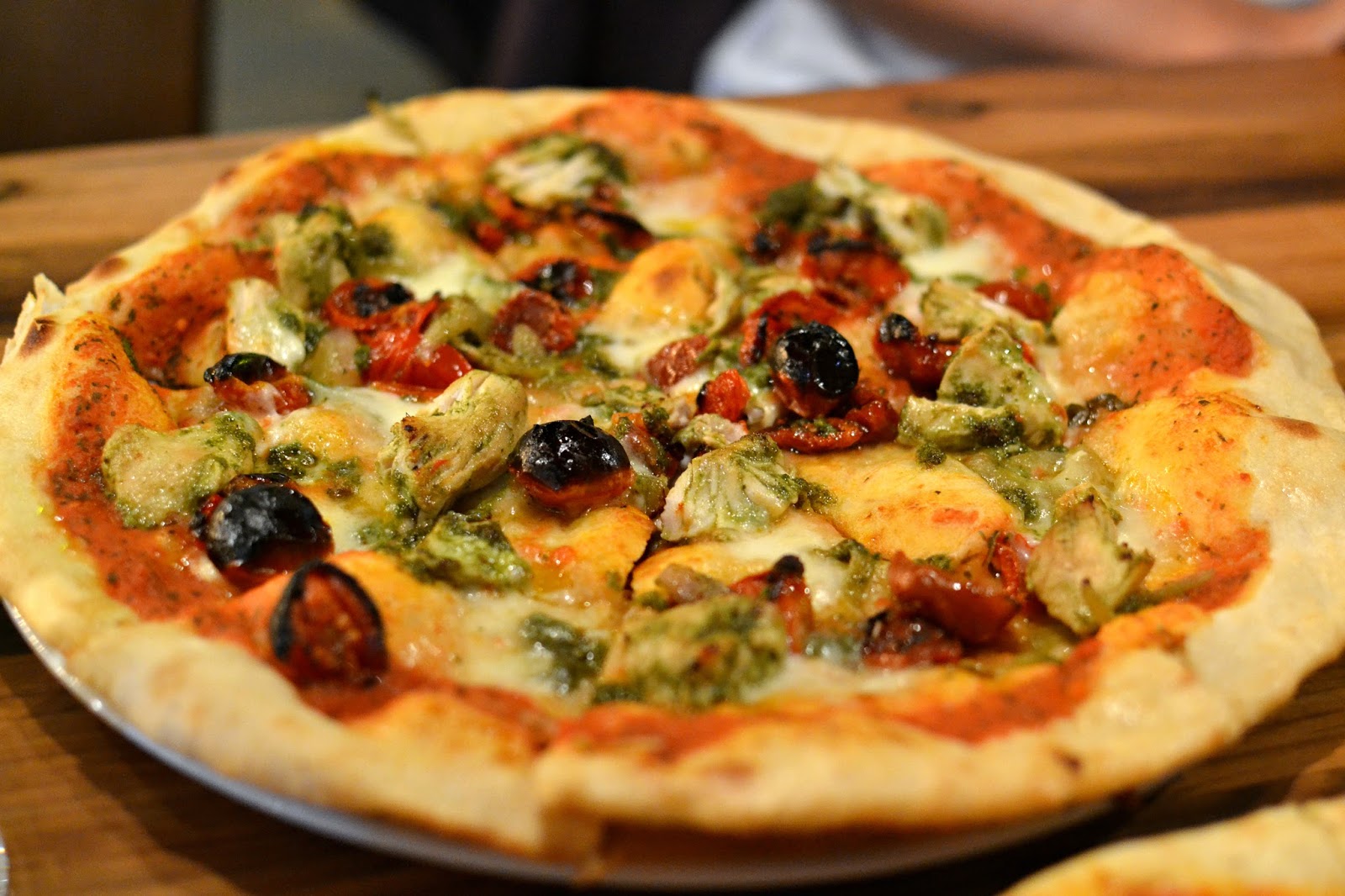 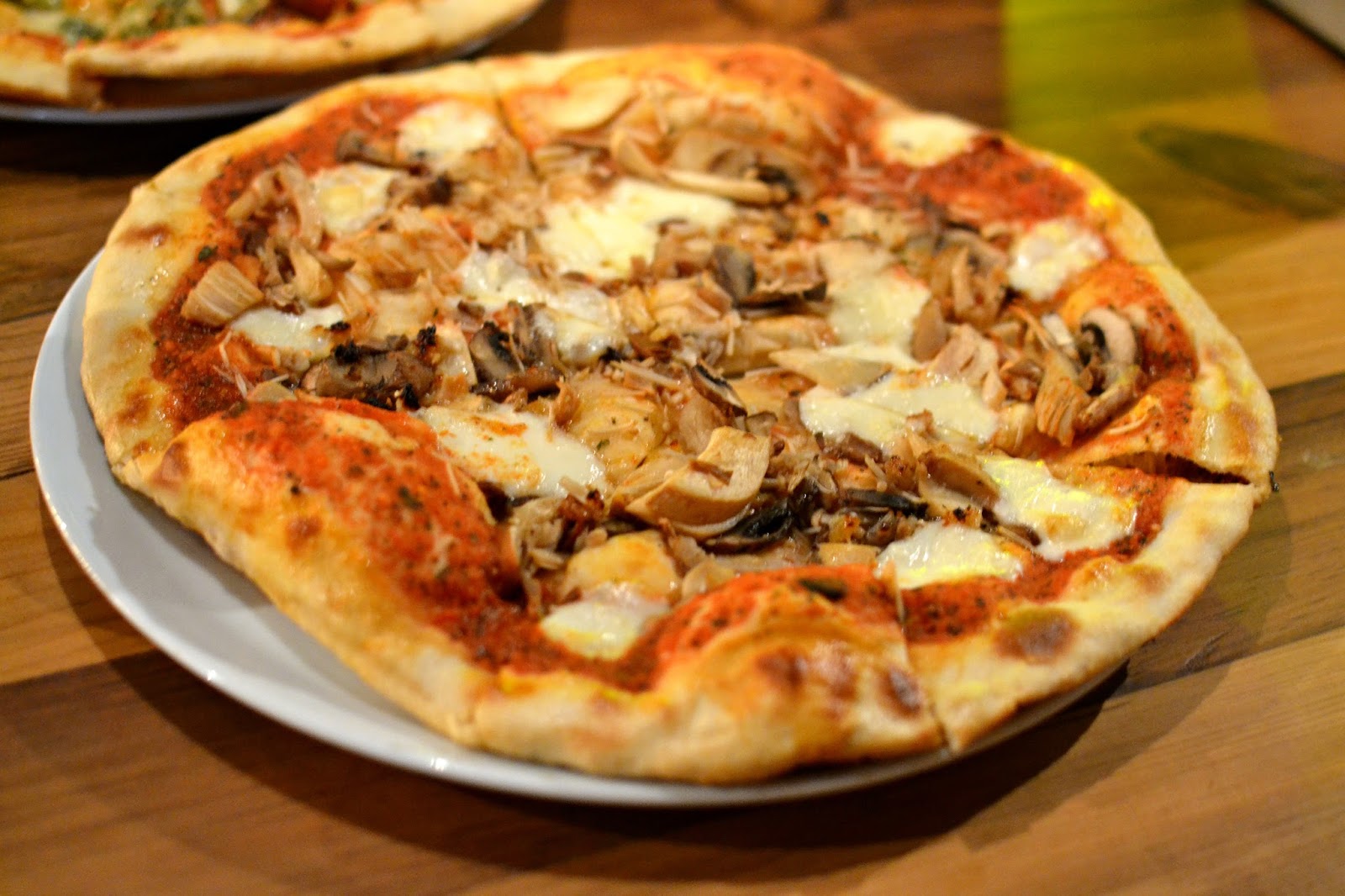 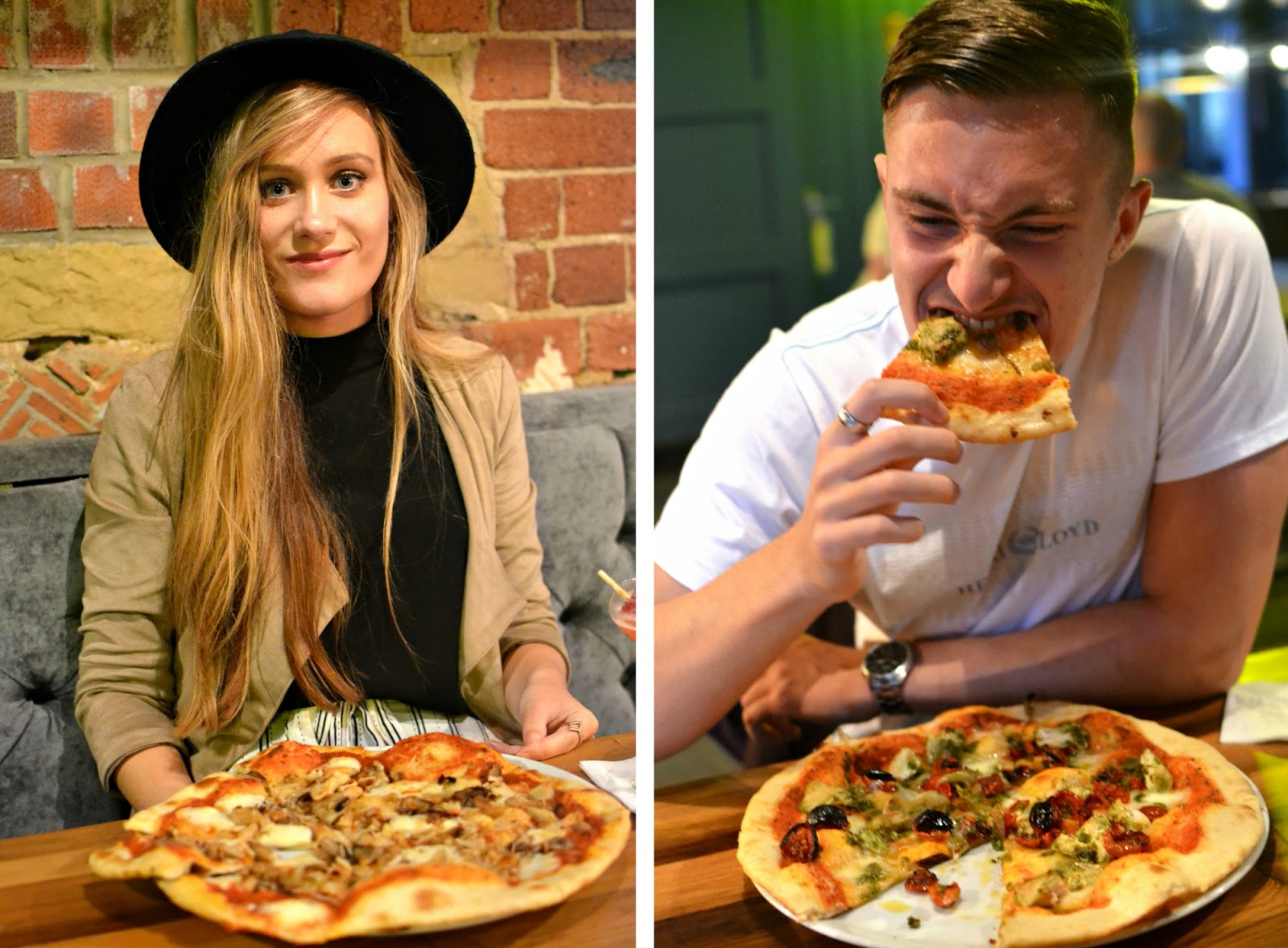 As you can see, we both devoured our pizzas. I don’t think my brother quite got the grasp of waiting until pictures have been taken before going ahead and indulging but he is a newbie I suppose. I’m fussy with meaty toppings (actually, I’m fussy with everything) so opting for the mushroom was the safest option. I loved the presentation of all kinds of mushroom placed on top and they were so lovely and juicy. My only picky point was the fontina cheese was a little too sweet for me, I do prefer a milder cheese but I enjoyed it none the less. My brother is a ‘the more, the better’ kind of guy so he was pleased to see the succulent slices and said it was the nicest pizza he’d had in ages! 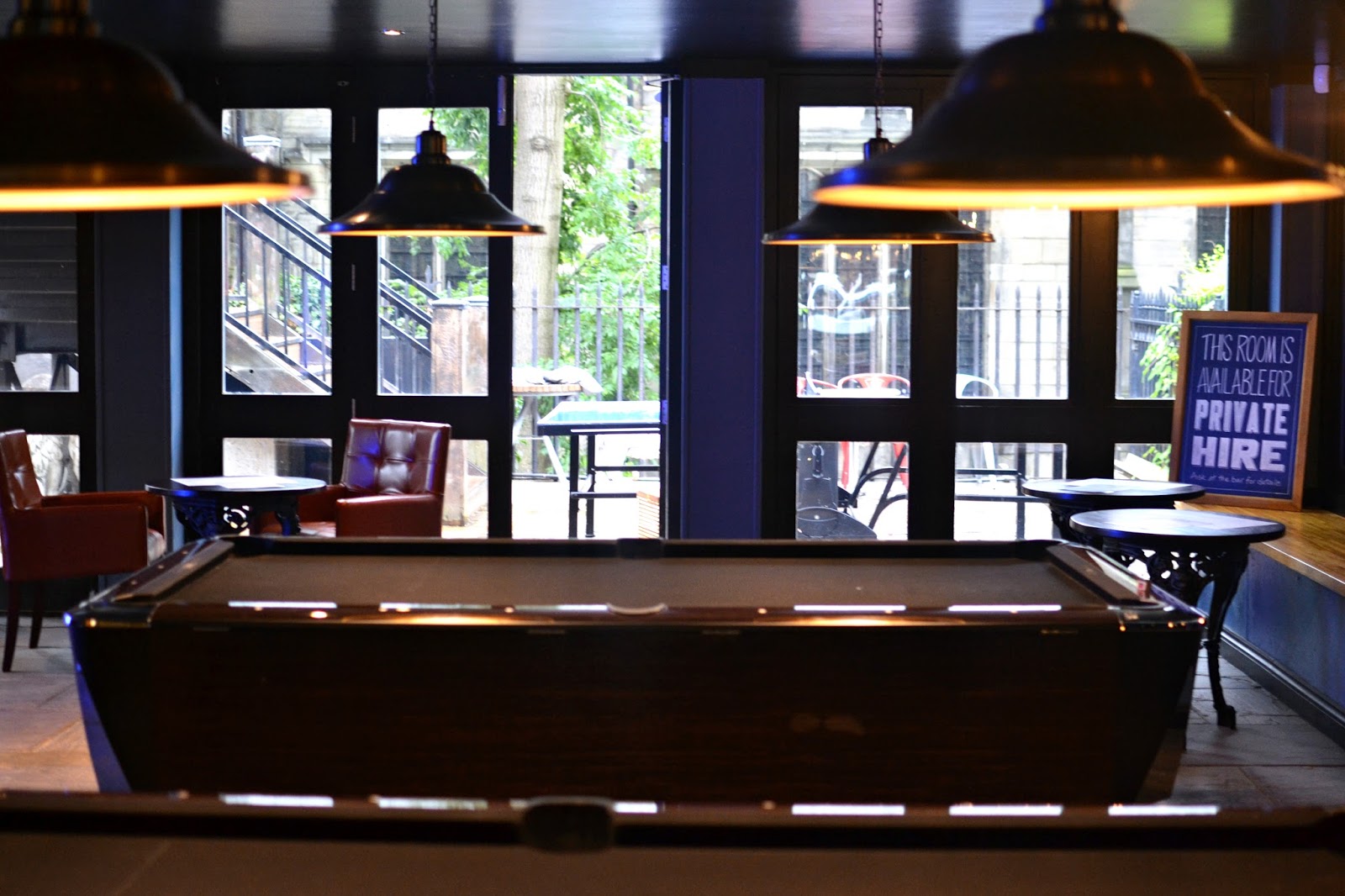 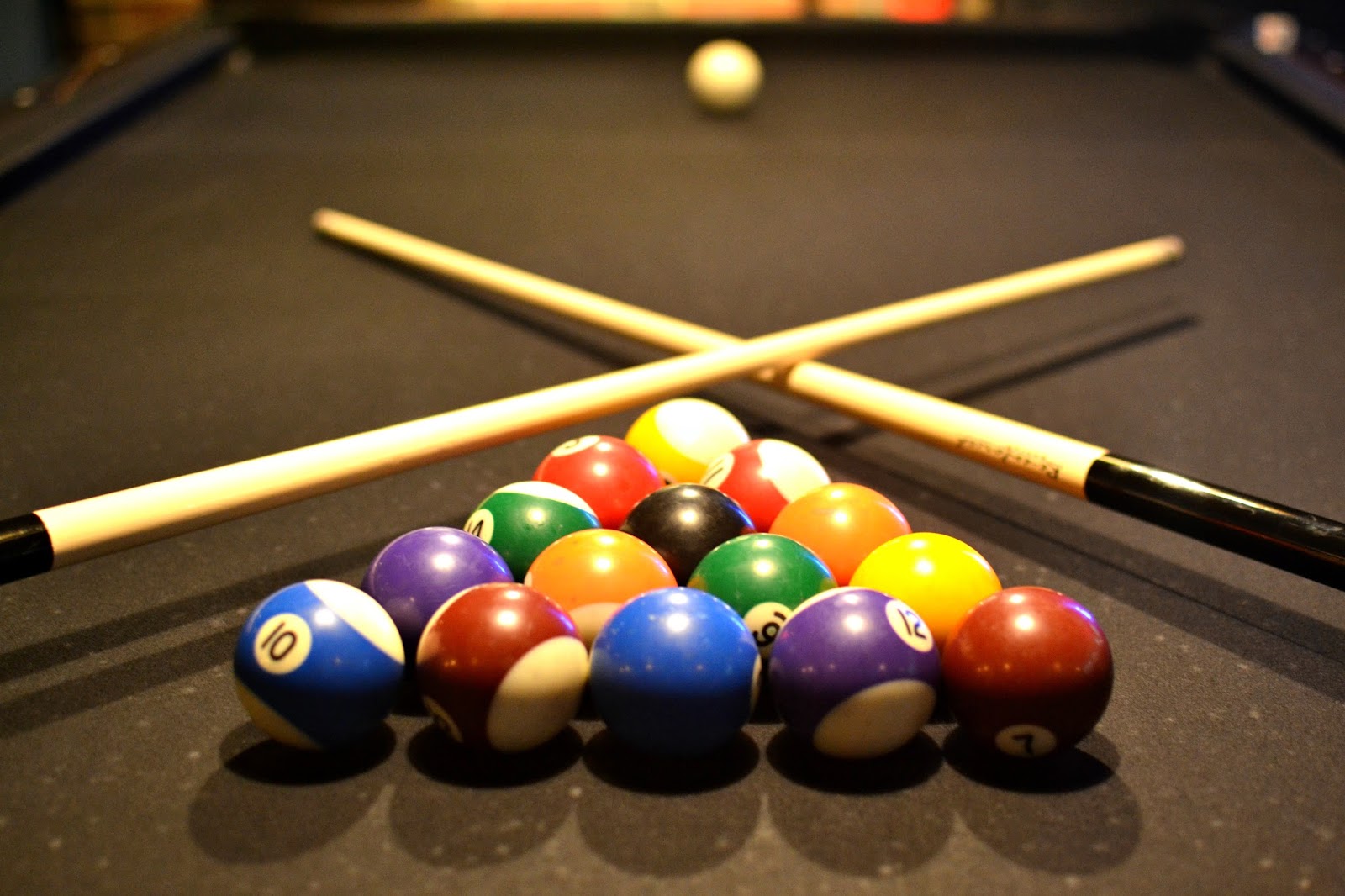 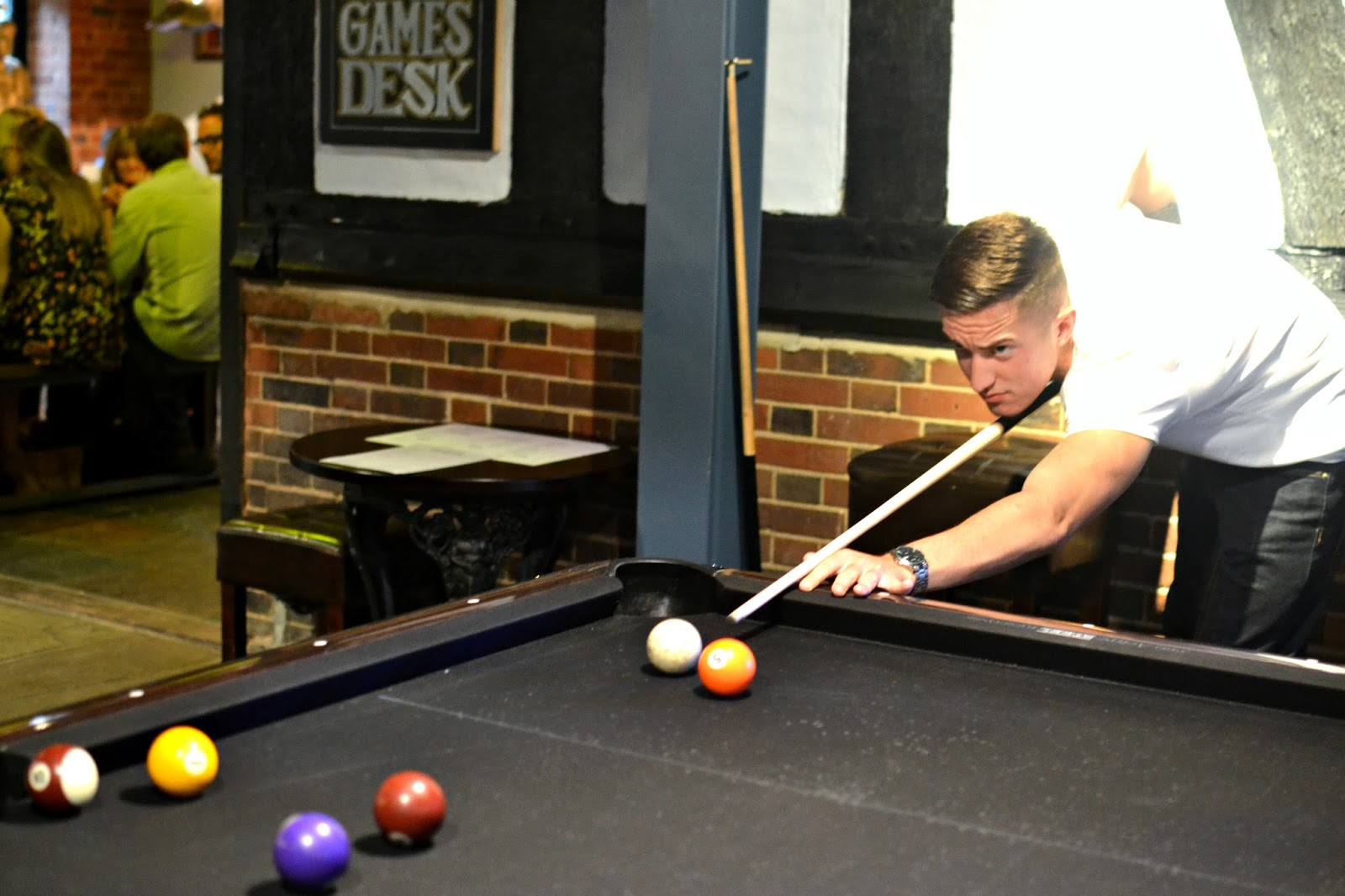 The pizza’s most definitely defeated us which makes a large pizza fantastic value but a devil for an easily filled stomach. After we’d rested our weary bellies we were then given access to an hour of pool in the old school yet cosy pool room. My competitive side is in full swing whenever a game of pool is mentioned. On holiday I was determined to beat my brother but that didn’t happen once – of course it was the same for this round. I got my ass well and truly kicked but at least the generous duration of an hour allowed me to show off my skills (even if it didn’t go any further that). 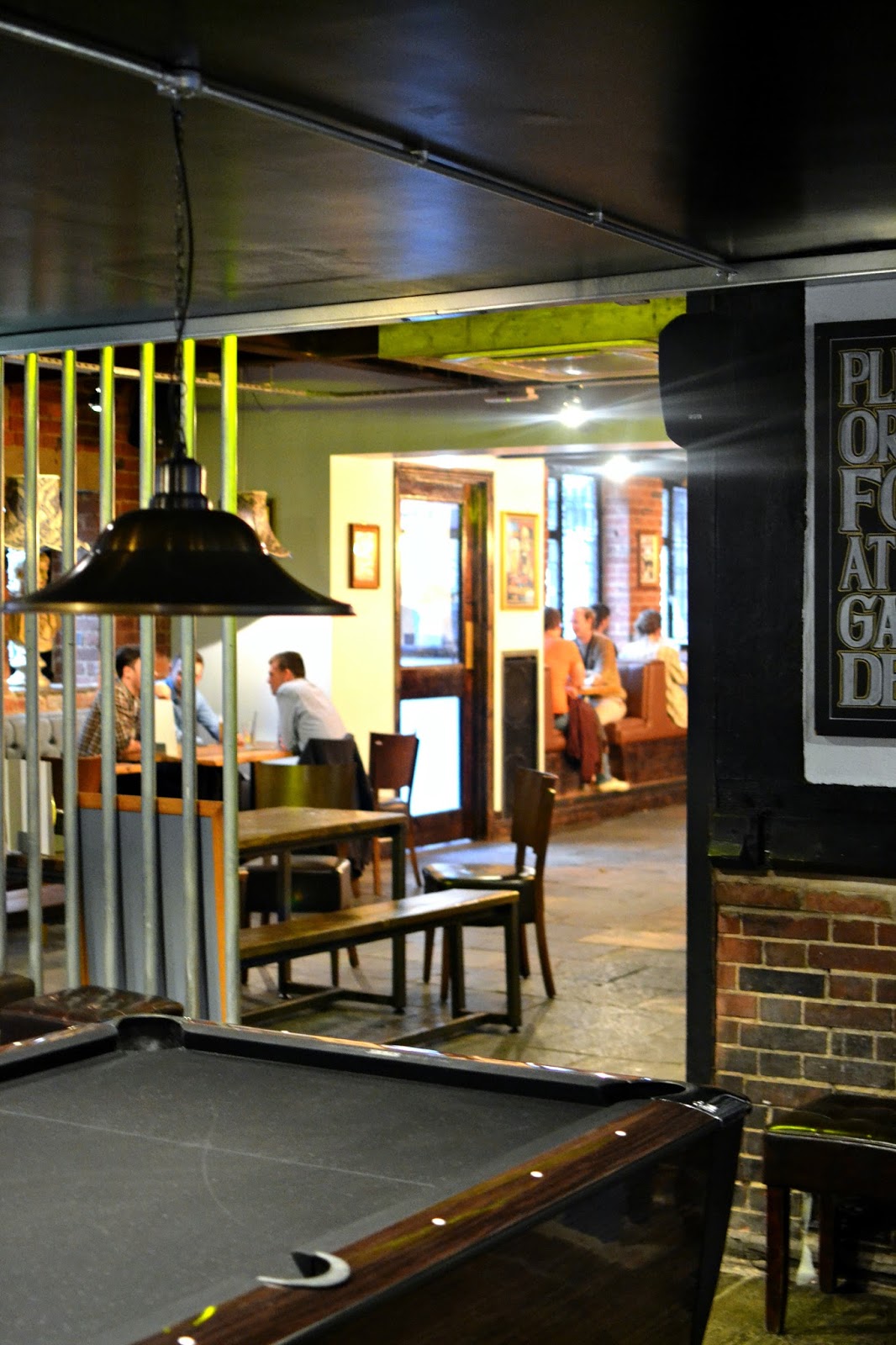 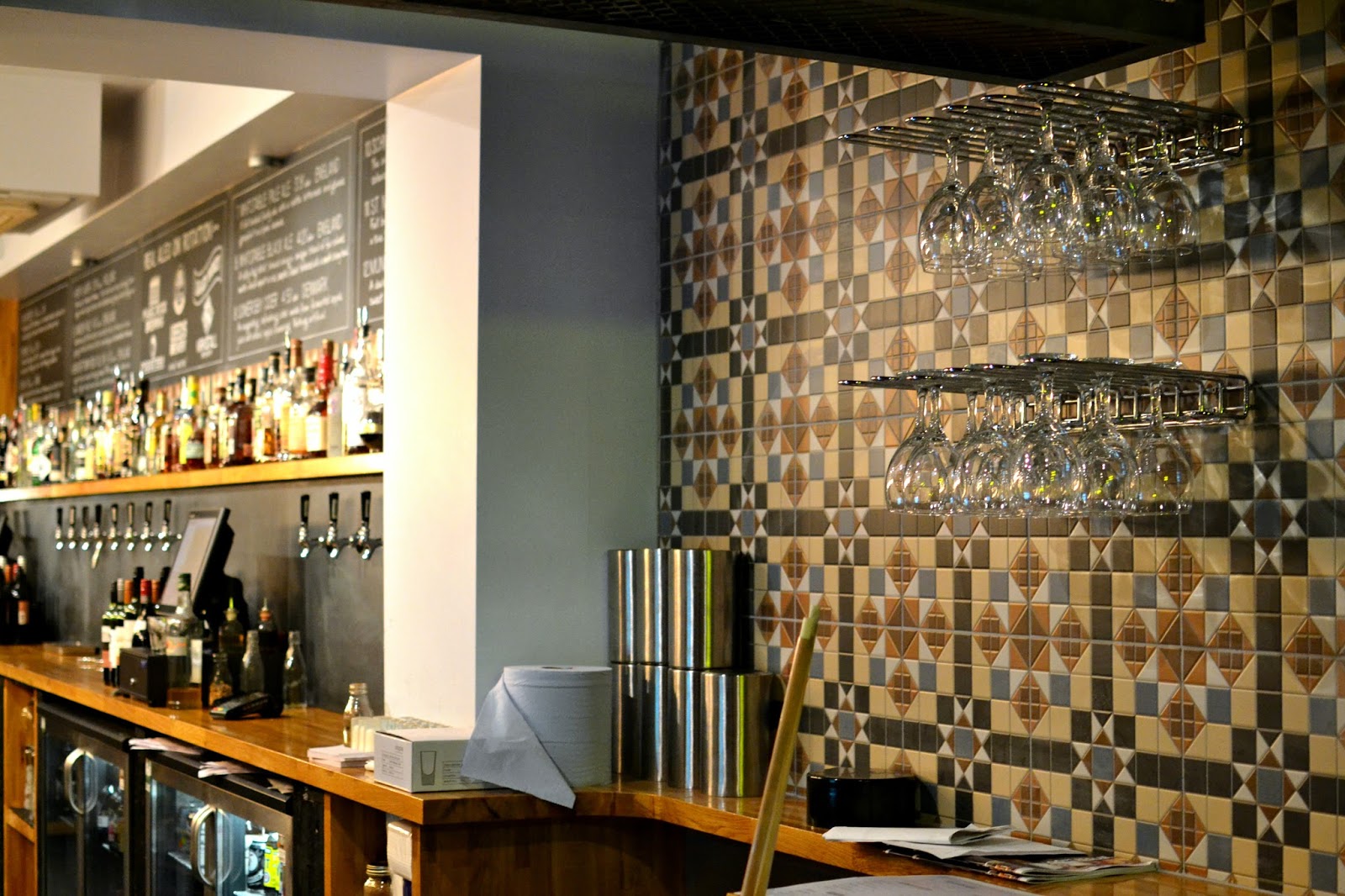 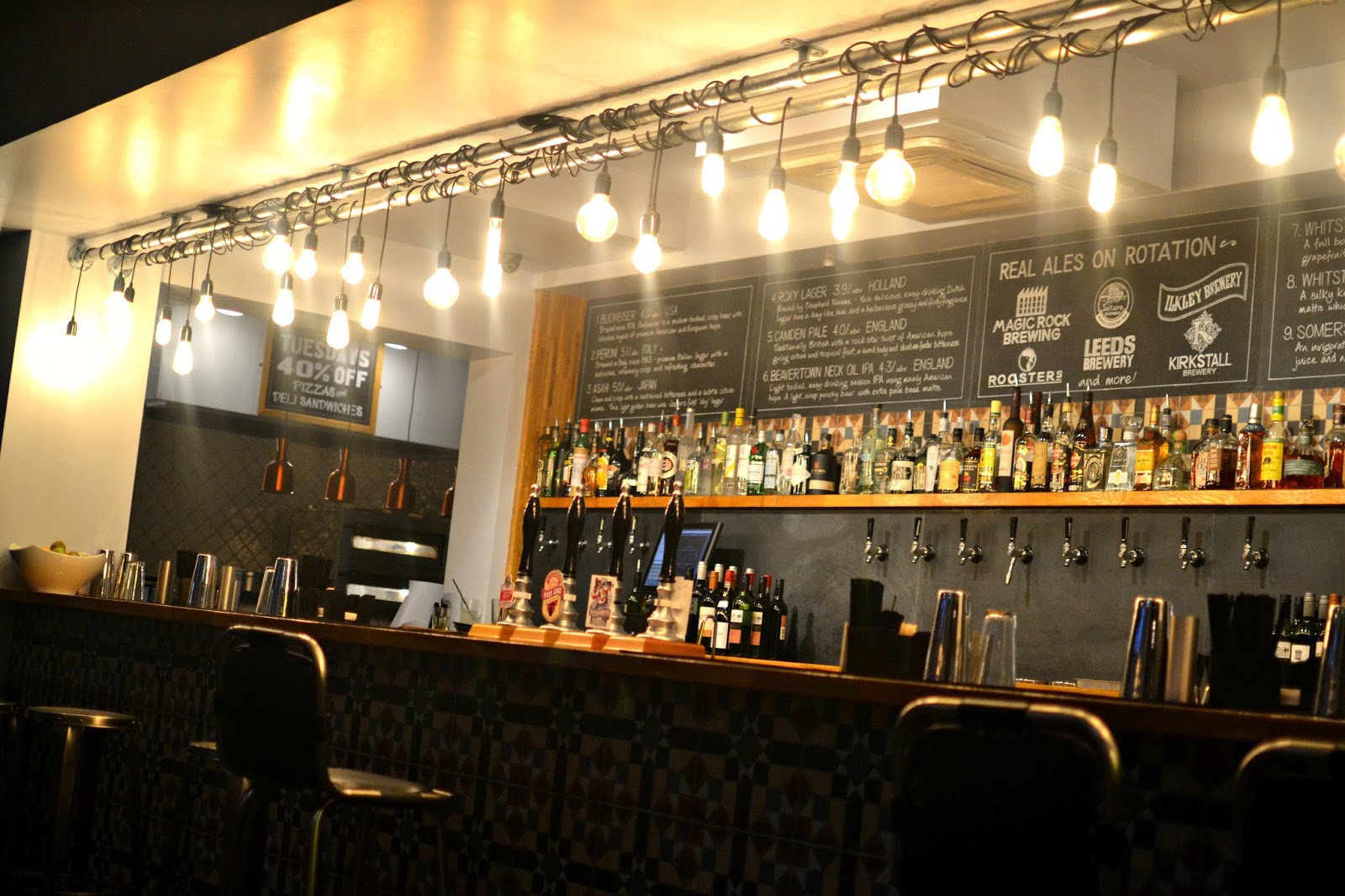 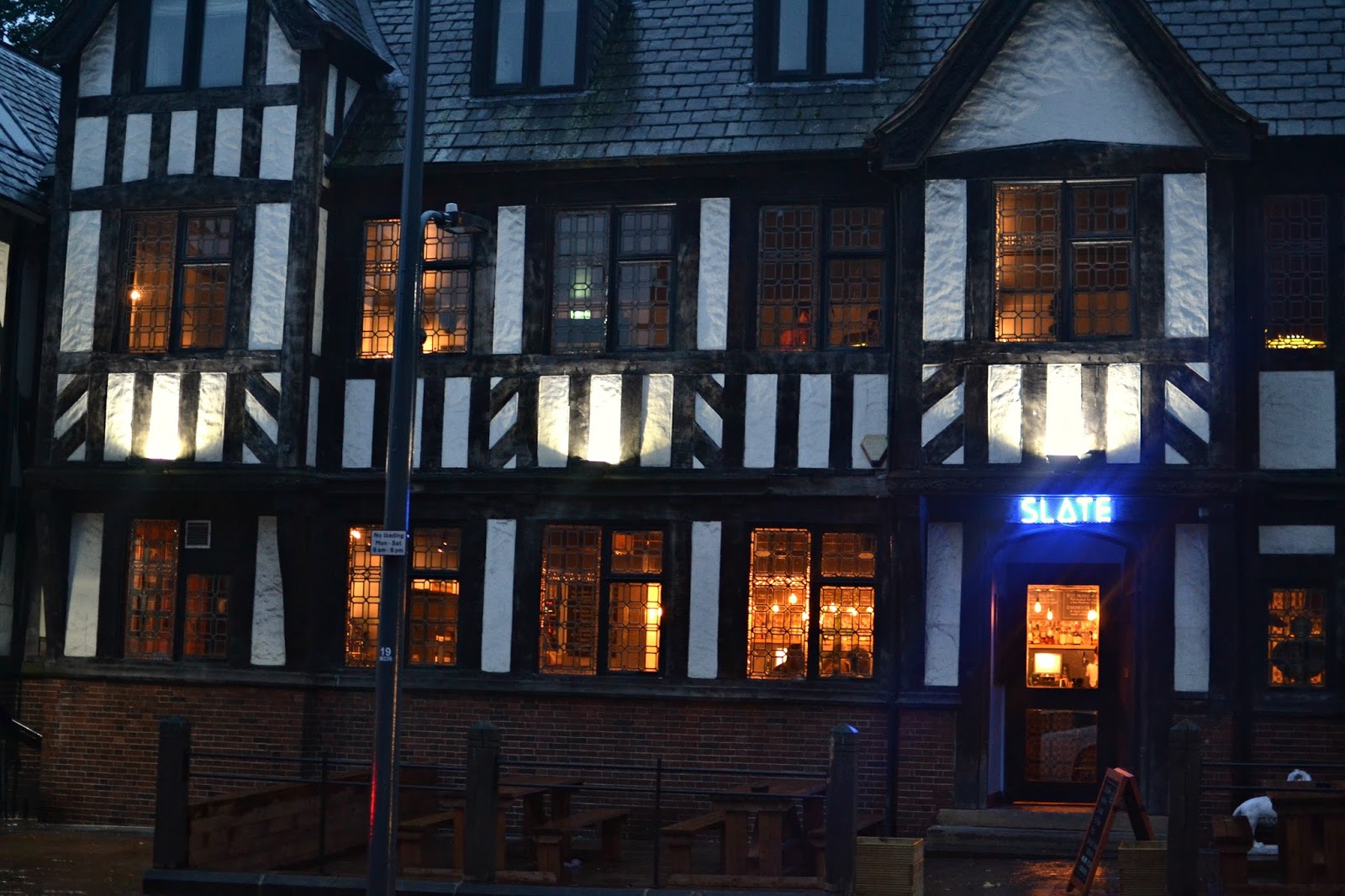 I love the whole vibe of Slate NQ, the way it looks and the chilled out, cool atmosphere; it’s a fine mix between old and new. The wooden platforms, Tudor like decor and historic-like glass windows give it that vintage style but the industrial lighting, diner booths, kaleidoscope tiles and selection of indie tunes played whilst you lounge give it that modern-day edge.

There’s so many bars opening in Leeds now which means the range is wider and it’s becoming more of a rivalry. Slate NQ is a fab addition to the Northern Quarter area of Leeds which is slowly but surely becoming more popular and I’d certainly pick the likes of Slate for a quick yet productive night out ready for a casual, decent drink (or two) and a fulfilling simple meal with friends. We both had such a great time and are eager to come back for some more sipping of cocktails, sampling the rest of the assorted menu including the appetising sounding sandwiches, meat and cheese boards and maybe even another attempt at taking victory in the pool department. At £4 per half hour for off-peak pool, £5 for on-peak and nibbles at the ready whilst you play, you can’t go wrong. I’d also like to make the most of the fetching outdoor courtyard but I’m not holding onto hope now we’re into September. This is Yorkshire we’re talking about (contrary to Mr Cameron, it’s mainly the weather we hate, not each other).

Huge thanks to Slate NQ and Pink Gorilla for treating and greeting us so lovely! I couldn’t recommend it more!

*cocktail, pizza and pool experience all provided by Slate NQ and PG but opinions and admitted defeat are completely my own.

The Sunday Natter: if it’s not on social media, it’s not true

Three Years Of The Same Old Chic (and a giveaway)

Sunday Natter: a round of 2015’s best moments