Next on the agenda is Universal Studios. I have to say this was one of my least favourite parks although I adored the setting as it had such a filmstar vintage feel to it. There just wasn’t that much to do and its opposition Islands Of Adventure was ten times better and thoroughly more exciting. Therefore, that means this is going to be a shorter post as I didn’t take that many photos on this day. I did take more when we ventured on to Islands Of Adventure but to make it simpler, I’m still sticking to blogging these in separate posts. 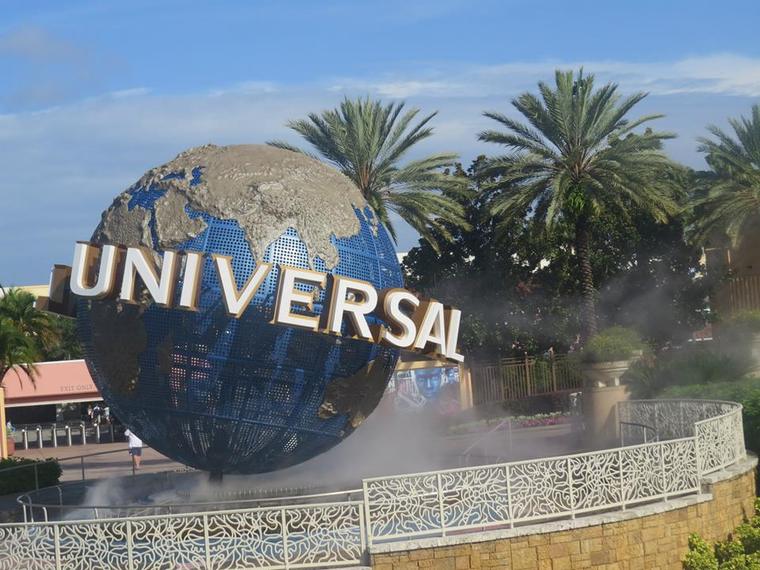 The view of the globe as you walked into the parks was sensational and a definite highlight. Another highlight was the opportunity to feel famous as you posed down the mini red carpet on arrival. It was hilarious and a tiny bit awkward as the staff were stood on each side of the carpet hi-5’ing you. I just couldn’t resist roaming down there to have my ‘name in the limelight’ moment. 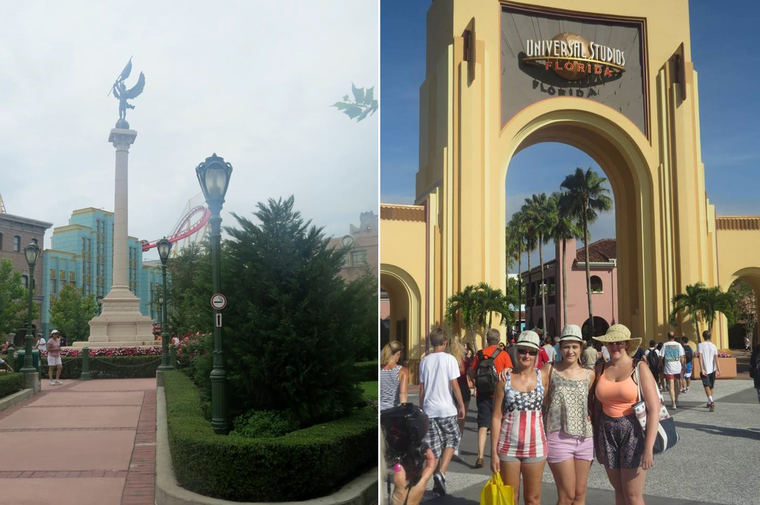 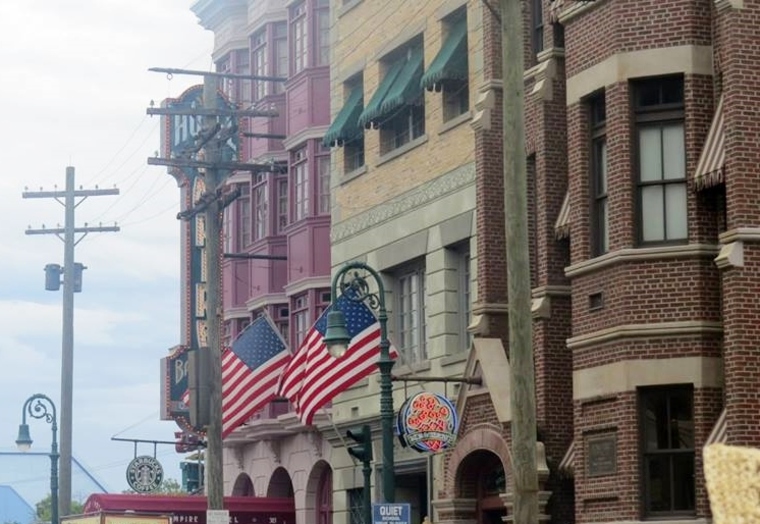 Wherever you ended up, there was guaranteed to be an American flag (or two), not like there was much wind for them to wave around, apart from when a storm was heading our way, but it just added that extra American touch. 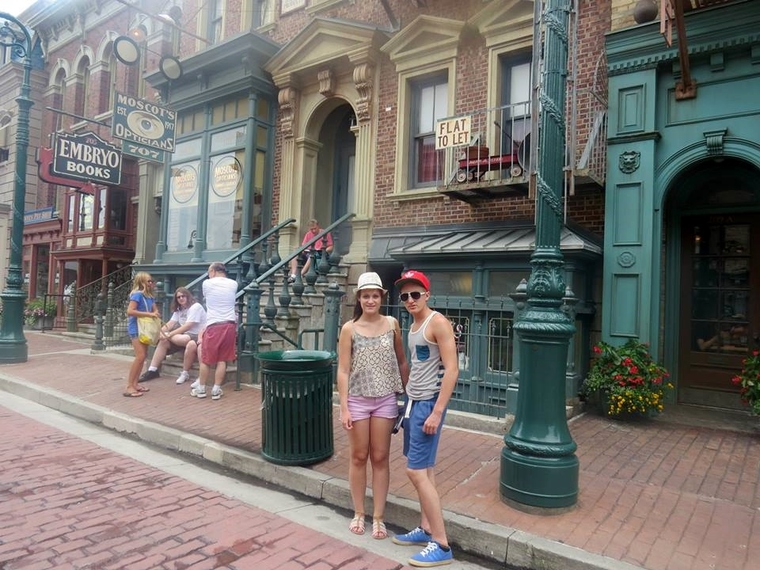 It doesn’t look like we were stood in the middle of a theme park, right? This is what I loved the most, they’ve spent so much time and effort making it seem like you were wondering around the streets in the old eras. 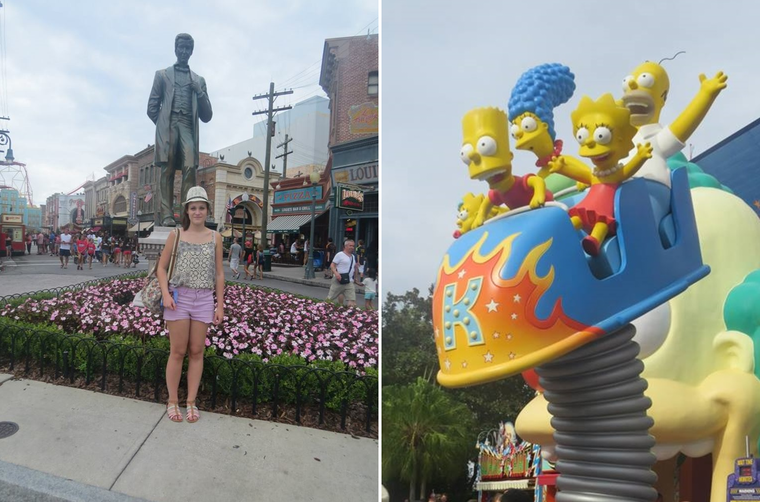 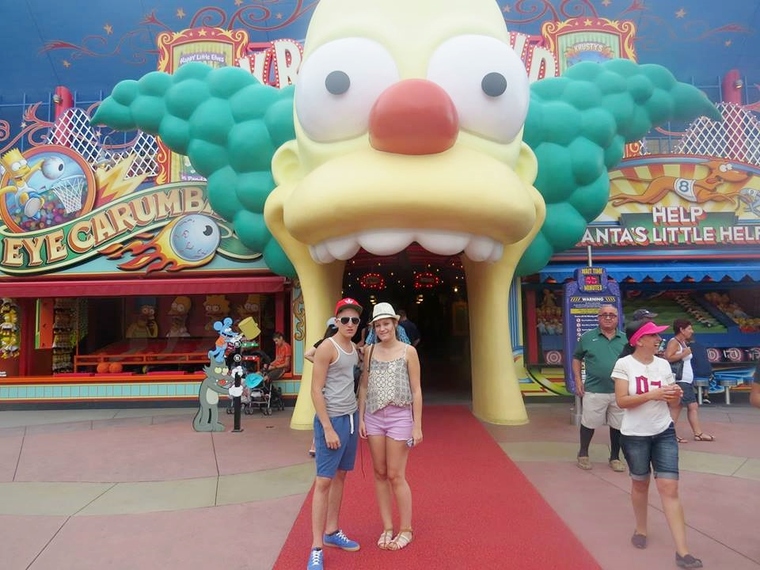 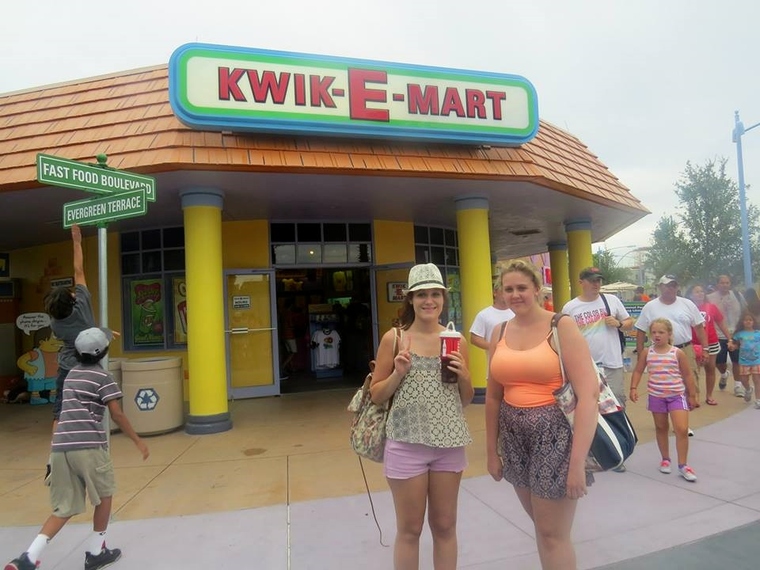 Drifting off to The Simpsons side of town sent more exultation my way. It was definitely one of my favourite parts. It was just like you see on TV, Krustyland was full of games, Kwik-E-Mart was a shop catering allsorts and Moe’s was a simple pub/restaurant. The Simpsons ride was the first 3D ride I went on and it blew me away, literally. After that, 3D rides slowly became my one true love. It’s like you’re in another world as you’re gliding through their adventures. 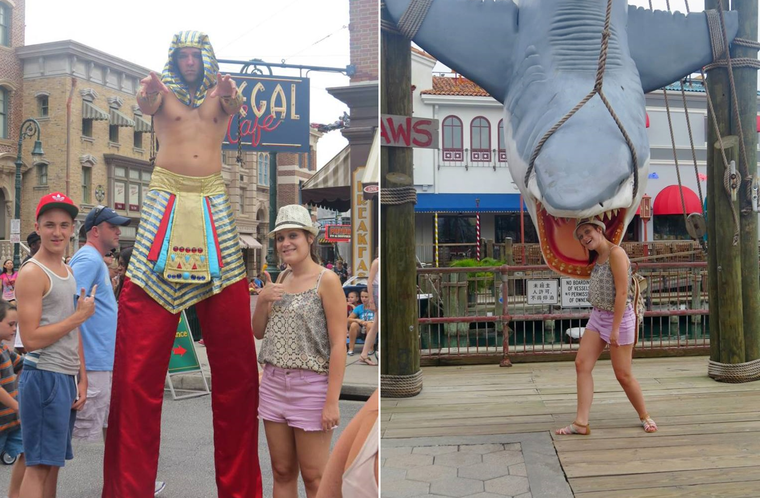 The first picture always makes us chuckle; not only did the ‘Pharaoh’ have intense balance on those stilts, he demonstrated some bad ass facial expressions. We were slightly disappointed the Jaws ride is no longer there but you just have to stick your head in a open mouthed-sharped teeth species when it’s there in front of you.

Of course we had our daily group picture with some of the characters but were gutted at the fact we queued for Scooby Doo and Shaggy and only Scooby returned after their break. Apparently Shaggy had a ‘mystery to solve’ so we queued for nothing *sigh!* 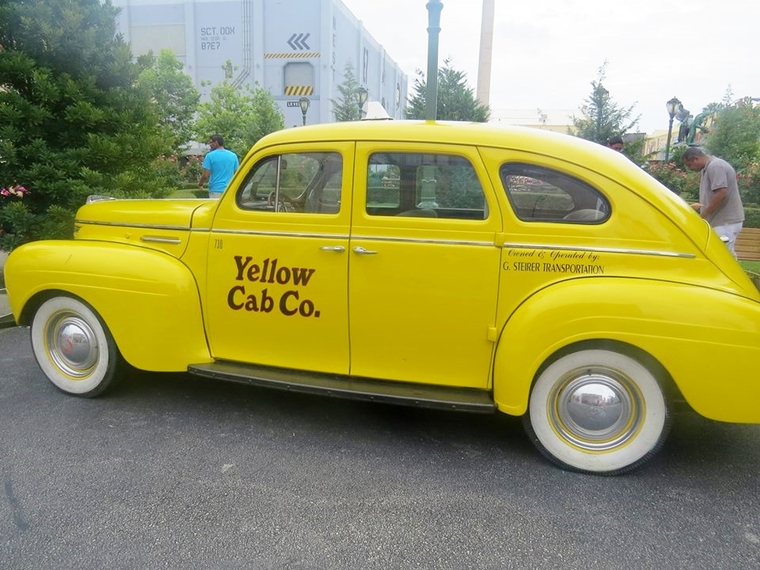 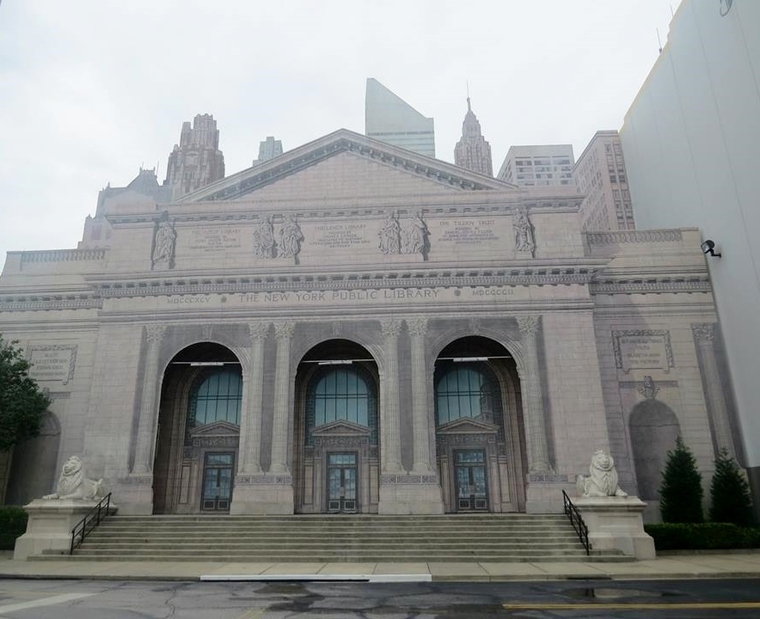 Would you believe me if I said this wasn’t a real building? Well I wouldn’t lie about it, it really was. That’s what impressed me the most, the fact this was made out of some cardboard material and stood in place like a real stone building.

To sum it up, Universal Studios was mainly about the surrounding architecture and the sights you saw, although I have to say before we got our picture with the pharaoh, we went on The Mummy ride and enjoyed the crazy coaster that jolted you around and had monstrous figures popping out at you. That was my favourite!

3 down, 5 to go! Jesus, I didn’t realise how busy we’d been until I started putting it down into writing.

Life: Crafting With Carpetright at the Chirpy Store

AD | Introducing Big Thank You Leeds – Who Deserves Yours?